What Happens To Famous Christians Found On Cheating Sites? 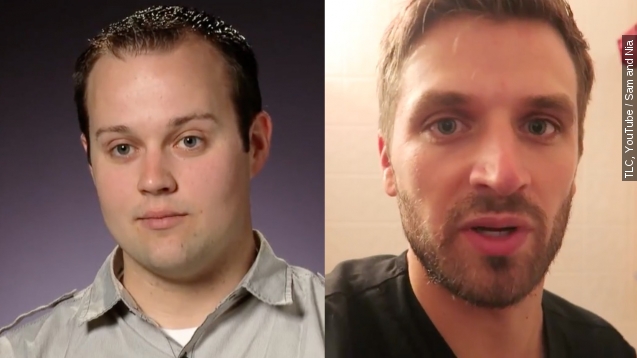 Two popular Christian personalities have backed away from the public eye after their names came up in the Ashley Madison data dump.

The Ashley Madison hack affected 32 million accounts, and while most users have dealt with the hack quietly, two very prominent Christian personalities are dealing with it in the public eye. (Videos via TLC / "19 Kids and Counting" YouTube / Sam and Nia)

The Duggar family announced on their website Wednesday that Josh Duggar had checked himself into a long-term treatment center. This comes after the 27-year-old father of four was outed for having accounts on the cheating site.

This bombshell is the second scandal for Duggar this year. In May, the same magazine that published Danica Dillon's story revealed Duggar had molested five underage girls between 2002 and 2003 — including two of his sisters. (Video via Fox News)

While Duggar opted for a treatment facility, a popular Christian video blogger told his fan base he and his family will be taking a hiatus from making YouTube videos.

Sam Rader, of the YouTube channel Sam and Nia, told viewers, "We're going to take a break for about a week, maybe 5-7 days."

Sam and Nia Rader make videos featuring their small family, and have racked up tens of millions of views and hundreds of thousands of subscribers. Like Duggar, Sam Rader had publicly dealt with a few negative issues before backing away from the camera.

It started when Rader and his pregnant wife announced she had miscarried. Some Internet users criticized how the Raders publicized that tragedy.

Then Sam's name came up in the Ashley Madison data dump.

"I made the account two years ago. ... The account was open out of pure fleshly desires and just sinful curiosity," Rader said.

Just days later, with millions of people watching on YouTube, Rader shared that he and his wife were booted from a vlogger fair after he got into an argument with other attendees. Rader then said he and his wife would be taking a break from their YouTube channel. (Video via ABC)

We don't know if or when Josh Duggar will re-emerge, especially considering the show where viewers first met him — TLC's "19 Kids and Counting" — has been canceled. But Sam Rader said in his latest video viewers can expect that he and his family will return to YouTube sometime in the near future.