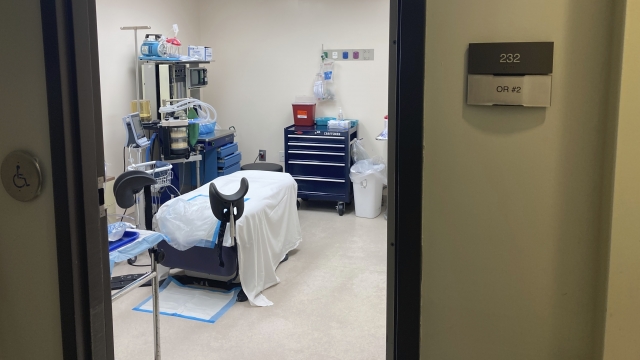 Abortion bans have exceptions to save a pregnant person's life, but the laws aren't clear about when a life is in danger, a Newsy investigation finds.

In 2009, Julie Bindeman the mother of one, pregnant with a second child, learns her fetus has severe brain abnormalities.

She's told carrying the pregnancy would require a c-section — with unknowns about other possible effects on her health.

Abortion was an option.

"It was one of the hardest decisions we ever had to make," Bindeman said.

She and her partner decided to terminate the pregnancy, and a second one, after learning that fetus also had developed the same problems.

"The foremost consideration was the quality of life of that child. But secondary in the conversation was if I were to carry to term, what would that mean for me?," she said.

What would have happened to Bindeman had she been in one of the eight states that rolled out near-total abortion bans after the fall of Roe v. Wade?

They don't have exceptions for fetal abnormalities.

They do allow for abortion when a pregnant patient's health or life is at risk.

But look closer at the laws, and you'll see they don't spell out how to determine which health concerns permit an abortion.

That leaves a gray area for doctors considering what to do with a case like Bindeman's, explains Jenni Villavicencio, an OBGYN, and a member of the American College of Obstetricians and Gynecologists.

"We have heard a lot of doctors who are afraid and concerned and not sure how to proceed and take care of the patients that they have in front of them," Dr. Villavicencio said.

Two states, Alabama and Missouri, allow for abortion to avoid risk to the pregnant person's health; specifically, the potential "impairment of a major bodily function."

The other laws Newsy examined set a higher bar. They require a pregnant person's life to be on the line.

Take South Dakota, for example: the law there states abortion is illegal, "unless there is appropriate and reasonable medical judgment that performance of an abortion is necessary to preserve the life of the pregnant female."

He says the law was designed to put the burden on doctors to decide for themselves when to abort.

"They'll have to go with their own conscience, recognizing the risk going in and they'll have to make tough decisions," Dykstra said.

Newsy found, for the most part, abortion bans are like South Dakota's.

They don't get specific about what medical conditions endanger a pregnant person's life.

Arkansas and Oklahoma both say it's any deadly "physical disorder, physical illness or physical injury."

The law in Texas is even more vague, leaving it to "medical advice" to determine when an abortion is necessary.

And doctors must lean on "reasonable medical judgment" to use abortion to save a life in Missouri and South Dakota.

"While it may say there are exceptions to this abortion ban for the life of the mother or the pregnant person, that's not actually medically meaningful for us, because there's not a bright line someone crosses and then suddenly is dying," Dr. Villavicencio said.

Doctors who perform what they consider life-saving abortions could face prison time if a judge or jury later decides they got it wrong.

"These laws pit doctors and patients against each other. They make me have to think about myself and the patient rather than just the patient and my training," Dr. Villavicencio continued.

The Biden administration has directed doctors to provide "life or health-saving abortion services in emergency situations," no matter the state law.

But that directive has an uncertain future, facing a legal challenge from the attorney general of Texas.

He says it would "transform every emergency room in the country into a walk-in abortion clinic."

Dykstra says he expects South Dakota will update its law as it plays out in hospital rooms.

"Some might have to bear the burden of the test cases. Terminating a life warrants a serious treatment, and it's a serious offense," Dykstra said.

Bindeman thinks she would've had to carry both of her troubled pregnancies to term had she been in a state with new abortion bans.

"They would not have looked at my case as health of the mother, because until I got to a point of sepsis, it was not seen as my health," she said.

She wears a necklace with five charms for what she considers all her children; two for the babies no longer living.