Here's What A Hurricane's Category Signifies 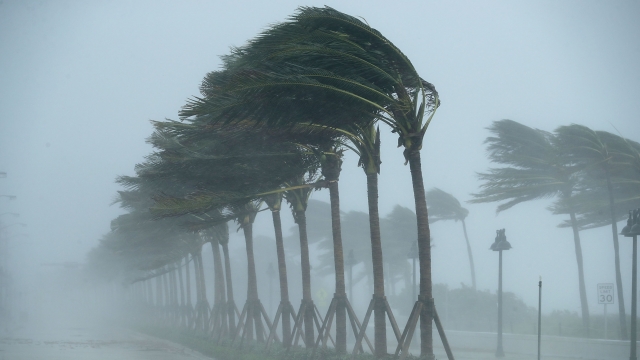 Knowing where a hurricane measures on the Saffir-Simpson Hurricane Wind Scale can indicate how much damage the storm is likely to cause.

Meteorologists have been classifying hurricanes by their wind speeds for decades.

A hurricane's category doesn't convey all of its risks — such as rainfall or storm surge. But knowing where a hurricane is measuring on the Saffir-Simpson Hurricane Wind Scale can indicate how much damage the storm will likely cause.

When a hurricane's wind speeds measure between 74 and 95 mph, it's considered a Category 1 storm. That means homes in the hurricane's path could lose some shingles and siding. Some trees could be uprooted, and power lines will likely be damaged.

In a Category 2 hurricane, winds range from 96 to 110 miles per hour. There's a possibility for extensive damage with this rating, meaning older mobile homes could be totally destroyed and well-constructed homes could see major roof and siding damage.

Next is a Category 3 hurricane, which can cause devastating damage, according to the National Hurricane Center. With wind speeds between 111 and 129 miles per hour, roads could be blocked by downed trees, windows could break and residents could be without electricity and water for days.

In a Category 4 hurricane, winds range from 130 to 156 miles per hour. At these speeds, poorly constructed homes could be completely demolished, while well-built buildings could still lose some exterior walls, causing the area to be "uninhabitable" for possibly months.

And finally, Category 5 hurricanes are the most "catastrophic" when it comes to damage. Their wind speeds, measuring 157 miles per hour or higher, can level most buildings, topple all trees and power lines, and destroy all fences and signage.

Whenever a major hurricane passes through, there's usually talk about whether the Saffir-Simpson scale should be expanded to include a Category 6 rating. But since a Category 5 hurricane usually results in near total destruction, officials have yet to see the point in creating a rating that's stronger.