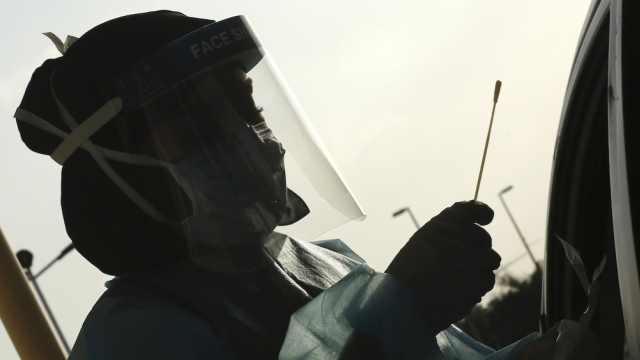 Scientists have detected a new type of Omicron that may complicate surveillance efforts.

Researchers have separated Omicron into two sublineages. BA.1, the original sublineage, is by far the most prevalent. It's found in 49 countries and it’s rapidly replacing the delta variant.

Last week, scientists identified a second sublineage of Omicron called BA.2. There have been fewer than 10 known infections from this sublineage, but researchers say a genetic trait might be obscuring the subvariant's true prevalence.

Stealth Omicron has been found in Canada, Australia, the U.K. and South Africa.

With BA.1, the original sublineage of omicron, a widely used PCR test from Thermo Fisher Scientific offers a characteristic error message. That error message, called S gene dropout, has given researchers a leg up in their surveillance efforts by flagging likely Omicron samples for the genetic sequencing necessary for confirmation.

As a result, labs can confirm the presence of Omicron two to three days after someone takes a nasal swab. By contrast, it takes two to three weeks to identify Stealth Omicron.

That lag may have implications for public health officials who need to know when to make the switch to other treatments, said Dr. Davey Smith, head of infectious diseases at UC San Diego.

Certain monoclonal antibody drugs work well against Delta but are likely less effective against Omicron. Unfortunately, doctors don’t have time to pinpoint the variant causing an infection before treatment. Monoclonal antibodies need to be administered within days of initial symptoms.

When someone with the original version of Omicron takes a widely available PCR test from Thermo Fisher Scientific, researchers see a signature error message: the test detects two of the three viral genes. The region in the spike protein is missing, and the sample should be prioritized for full sequencing.

Stealth Omicron has similar viral code to its sibling, but it contains the region in the spike protein that the test looks for. When someone with Stealth Omicron takes a PCR test, the diagnostic finds all three regions. There is no error message. No early warning.

Labs sequence about 20 percent of the positive test results in San Diego County, one of the highest shares in the nation, said staff scientist Mark Zeller, a member of the Scripps Research Institute's Andersen Lab that leads the sequencing effort.

There's a backlog to get results for these run-of-the-mill positive tests – usually about two to three weeks.

"We haven't found [Stealth Omicron] in the U.S. so far. That could be because of the lag," said Karthik Gangavarapu, a scientific collaborator of the Andersen Lab who helps run Outbreak.info.

It's also possible that Stealth Omicron is less transmissible than its sibling, he said, but it will take some time to know for sure.