What Is The 'Biden Rule' On Supreme Court Nominations? 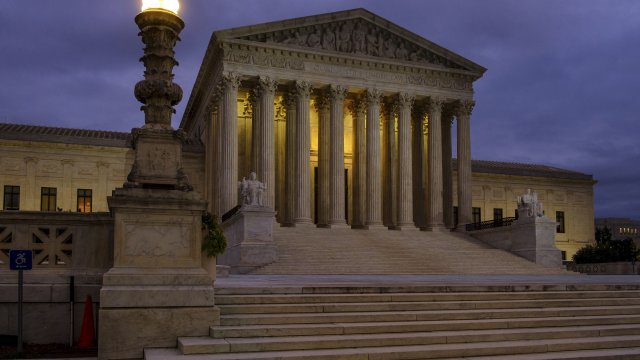 Then-Sen. Biden said in the summer of 1992 that Pres. George H.W. Bush should delay nominating a justice replacement if a seat were to open up.

Senate Republicans say their decision to move forward with considering President Trump's Supreme Court nominee in an election year is NOT hypocritical as their Democratic colleagues have charged.

And they're using Joe Biden's previous remarks in their defense.

At the time, Leader McConnell said he was following "the Biden rule."

That is in reference to a speech then Sen. Joe Biden made in June of 1992 as then-President George H.W. Bush was running against Bill Clinton.

The speech was hypothetical — there was no open seat on the court. But Biden was the Senate Judiciary Committee chairman and argued that should a justice resign that summer

the committee should, quote, "seriously consider not scheduling confirmation hearings on the nomination until after the political campaign season is over."

Biden later said his speech was an effort to restore a more consultative process between the White House and the Senate in filling Supreme Court vacancies.