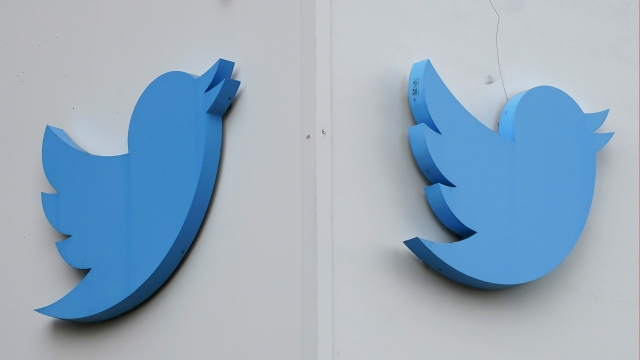 It’s the tiny blue bird recognized around the world — Twitter. And the social media space is up against winds of change with a new leader at the helm.

Elon musk — one of the world’s richest men — inked his spot as self-titled 'chief twit' in October, with a $44 billion deal and a four-word tweet: "the bird is freed." But Twitter’s rise to today’s "digital town square" started long before this — a thread, if you will.

It started with a tweet in 2006. Jack Dorsey launched the platform alongside Noah Glass, Evan Williams and Biz Stone. Stone gave a bit of a 101 lesson weeks after Twitter’s public launch in a YouTube video.

"Twitter is a social texting service based in the contents of your mind. It works with your cell phone and short code 40404. It then goes to each and every one of your many actionable friends," Stone said.

140-character messages quickly caught on. By 2009, one in five internet-using adults used Twitter, according to Pew Research Center. The next year Twitter was up to 175 million users in a two-month span.

Back on Earth, the site’s role as an information-sharing platform grew. It provided up-to-the-second updates on global events like mass protests in Egypt and the death of pop icon Whitney Houston — nearly an hour before major outlets confirmed the news.

And it became a powerful political tool. In 2012, Barack Obama used the platform to declare victory in his re-election bid for the White House. His successor, former President Donald Trump, has tweeted more than 59,000 times and used the platform to announce new policies and criticize opponents.

Despite the platform’s massive audience, the online numbers didn’t initially translate into a positive bottom line after Twitter went public in 2013. It didn’t turn its first annual profit until 2018.

"We certainly have evidence to show that they have utilized our systems and gamed our systems to amplify information," Dorsey said.

That became even more evident in 2020 when COVID-19 spurred the company to establish policies on false information about the pandemic. It’s one of plenty of protocols now scrapped under Musk. And changes have come quick and in abundance.

"He’s never done a major strategic change like this. It's always been companies he's built the culture of and shifting but he's shifting now the culture of a company he didn't start," said Andy Wu, assistant professor of business administration at the Harvard Business School.

Musk has floated the possibility of declaring bankruptcy and has slashed costs and thousands of jobs. Over half of Twitter’s 7,500 full-time employees are no longer with the company. He scrapped the platform’s 'trust and safety advisory' council, along with plans he had to install his own content moderation council. He’s also started, stopped, then started again a paid verification subscription service.

"The profitability has always been a big challenge for Twitter. It seems that for Musk, one of his focus — main focus, is really to try to find ways to monetize and have things on Twitter to increase the profitability. And part of that is cutting costs," said Hamed Qahri-Saremi, assistant professor of computer information systems at Colorado State University.

On the content side, Musk launched "the Twitter files" giving a group of independent journalists access to internal files in an effort to reveal how old leadership handled content moderation decisions. The moves gave media outlets plenty of headlines to discuss. And web experts don’t expect the flurry of changes to slow down.

"Some of the major protocols with respect to content verification and user verification have been affected and there have been so many changes, which makes it a little difficult to sort of imagine what's going to happen in the future," Qahri-Saremi said.

That includes who will guide Twitter into the future.

Musk announced he’d resign as CEO eventually, once he finds a replacement. A Twitter poll grabbing some 17 million votes revealed users wanted him to step down.

"It doesn't matter really that 75% of the population is not active users of Twitter. Twitter has shown multiple times that it can have far reaching effects," Qahri-Saremi said.

And for a platform with character limits, its latest limitation — or greatest asset — may be the character in charge of overseeing it.