Why Don't Artists Like Taylor Swift Own Their Music Masters? 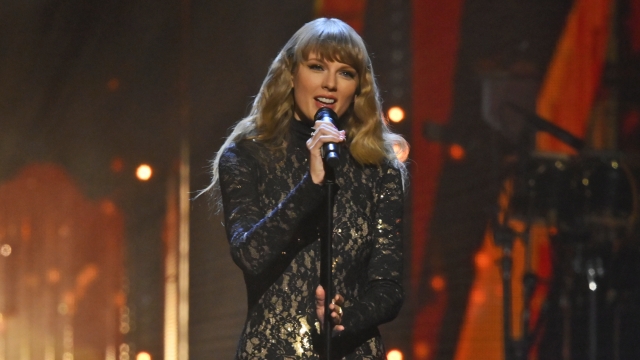 Taylor Swift has been re-recording old songs as a way to gain ownership of her music after Scooter Braun purchased them.

Over the past year, several musicians have made noise by either selling off or intentionally devaluing their master recordings.

Bruce Springsteen, Tina Turner, Stevie Nicks and Neil Young are some of the biggest artists who made headlines for selling off their musical catalogs. On the other end of the spectrum, there's Taylor Swift who has topped the charts with the release of re-recordings of her old songs as a way to gain ownership of her music.

So what does it mean to have ownership of a part or all of an artist's work?

People make money, or royalties off music by owning some part of the song. To understand that, there has to be an understanding of copyrights.

When it comes to music, there are two types: There’s the composition, which deals with the lyrics and melody of the song. Then there’s the sound recording, which is the version or recording of the song the audience is hearing.

If you own the master song recording — also known as the master — you can license third parties to use the song in TV, film, commercials, etc.

When thinking about masters, think source material from which copies of any recording are made — this includes streams, vinyl, and CDs — remember those?

In Swift’s case, she owns at least part of the composition of most of the songs she wrote, but she does not own the masters. She tried to get them, but businessman Scooter Braun purchased the label she was with when she recorded the songs. So, she re-recorded them.

Now, lets be clear: re-releasing new versions of her older songs doesn’t get rid of the original masters. Those still exist. But Swift encouraged fans to stream the new recordings — known as Taylor’s Versions — over the old ones, and that’s exactly what happened.

“Fearless (Taylor’s Version)” knocked the old version off the Billboard charts and the nation’s largest chain of radio stations, iHeartRadio, said their stations will only play “Taylor's Version” of songs.

Swift is known as a pretty gifted songwriter, having sole songwriter credits for many of her songs, but she didn’t own part of her masters. So, how does that happen?

Intellectual rights attorneys say it’s not uncommon to have that be part of the negotiations with an artist’s record label. Swift re-recording some of her biggest hits is a way to devalue and, essentially, supplant those originals — and she isn’t the first to do this.