Presidents Can't Order Wiretaps (And Other Things To Know About FISA) 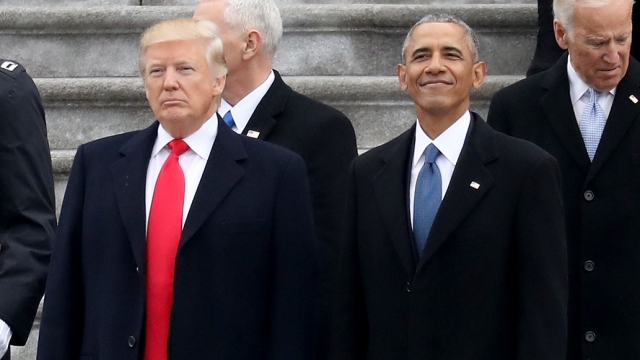 The process is handled by the Justice Department, not the White House.

FISA stands for the Foreign Intelligence Surveillance Act. It was signed into law by President Jimmy Carter in 1978 and allows the U.S. to eavesdrop on a "foreign power or an agent of a foreign power," which, in theory, could include an American citizen thought to be compromised.

The FISA court is made of 11 judges who sit on a rotating basis and are appointed by the chief justice of the United States. The court is all very classified and hush-hush.

A FISA warrant isn't just approved because a president wants it approved. There are quite a few steps in the process, and it's handled by the Justice Department, not the White House.

First, federal agents and attorneys would prepare a declaration seeking a FISA order. That declaration then goes to a senior intel official, like the FBI director, who has to confirm the purpose is to gather foreign intelligence that can't be found any other way.

It's then approved by a senior justice official, usually the attorney general. A justice attorney would then go into the FISA court and argue for it, and the judge would approve or deny the order. An approval means there's probable cause for the wiretap.

There are thousands of FISA applications each year, and they are almost always approved. Between 2009 and 2015, there were nearly 11,000 applications with just one denial and one partial denial. If an application won't meet the court's standards, it's usually not sent for approval.

Opponents of the FISA court say it only listens to the government's side of a case and that it's simply a "rubber stamp" for whatever the feds want. Regardless, it's now a common tool for intelligence gathering and government snooping.