Insurrection: What Comes Next After Senate Blocked Commission? 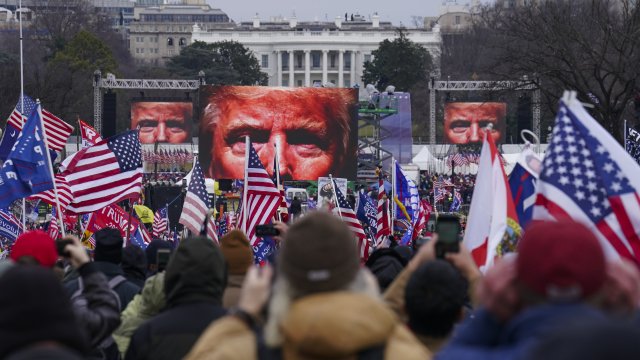 Politicians are looking at what else they can do to look into the January 6 attack following the Senate's shutdown of a commission.

After Republicans in the Senate blocked the creation of a bipartisan commission to investigate the Jan. 6 Capitol insurrection, some are suggesting other alternatives.

Among them...another vote in the Senate...or investigations launched by existing congressional committees... or a select group created by House Speaker Nancy Pelosi. Over the holiday weekend, Rep. Gerry Connolly of Virginia was among those calling on President Biden to form a *presidential commission.

Some Republicans... led by Sen. Mitch McConnell... are afraid a commission would be used as a weapon by Democrats to hurt the GOP in the midterm elections…and they argue that there is already a Department of Justice investigation.

But Democrat Rep. Jason Crow of Colorado...appearing on NBC’s Meet the Press... said an investigation of the capitol riots by supporters of Donald Trump to stop the certification of Joe Biden as president "has to get done" …. with or without Republicans.

“There’s an urgency to this," Crow said. "Let's not forget that this is not a process in and the integrity of history, although that is important. We have a growing violent extremism movement in the United States, we have the spreading of the big lie that's being used to further voter suppression laws around the country, and a growing number of Republicans are actually starting to believe the big lie and undermine the legitimacy of the Biden presidency.”

Republican Barbara Comstock, a former House member from Virginia, met with her former colleagues ahead of the vote to urge passage on behalf of Capitol police officers who battled with rioters.

"They didn't seem to think that this was the answer," Comstock said. "And that's why I say, you know, this will still be investigated because subpoenas will get the facts. We'll find out who organized that mob, how it was orchestrated, who directed them down to the Capitol to assault the Capitol.... I am still optimistic that we will, I know we will, the truth will come out."

Texas Republican Rep. Michael McCaul voted *against the commission in the House. A former prosecutor, he says the Justice Department will figure out who’s to blame for the riot.

"Let's let this DOJ investigation go forward. They've arrested over 400 people now responsible,"  McCaul said. "I want those responsible to be held accountable, and put behind bars, and I want all the answers as to what happened on January 6, and then report it to Congress."