What's So Damning About The New Hillary Clinton Emails From WikiLeaks? 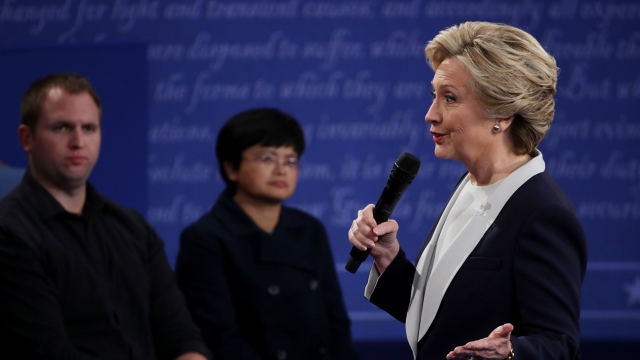 A recent WikiLeaks email dump concerning Hillary Clinton came up during the debate. Here's what made it a big deal.

So what was most damning about the recent WikiLeaks email dump on Hillary Clinton?

In the sampling, Clinton says she supports open borders on trade policy, suggests Wall Street insiders are what is needed to fix Wall Street and signals a preference for Canadian health care and single payer.

Essentially, Clinton comes off as having different ideas on policy in private with big businesses than she does in public on the campaign trail. This is what Donald Trump's surrogates have used to ding her.

The contents of the speeches became an issue during the primaries when Sen. Bernie Sanders called on Clinton to release them.