What Role Does The National Guard Play In Natural Disasters? 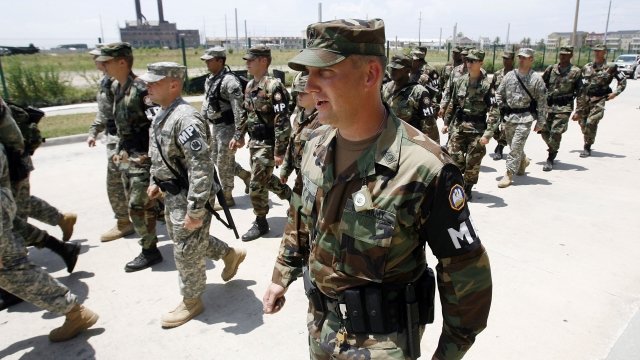 The National Guard is one of the biggest sources of support during a natural disaster such as Hurricane Irma.

Each state; Washington, D.C.; and three U.S. territories have their own National Guard unit with both federal and state responsibilities. Federally, members can be activated during wartime and national emergencies.

On a local level, governors can mobilize their National Guard personnel in response to man-made or natural disasters.

National Guard units from other states are also providing assistance. Ten thousand additional troops have already been deployed to Florida, and another 20,000 are standing by.

This Is How Hurricane Irma Stacks Up Against Other Florida Storms

Hurricane Irma is one of the most powerful in history, but it's not the first time Florida has gotten slammed.

Monday morning, Irma was downgraded to a tropical storm after slamming Florida with flooding, damaging winds and storm surges. Millions woke up Monday without power.