It's Equal Pay Day: What Some Companies Are Doing To Close The Pay Gap 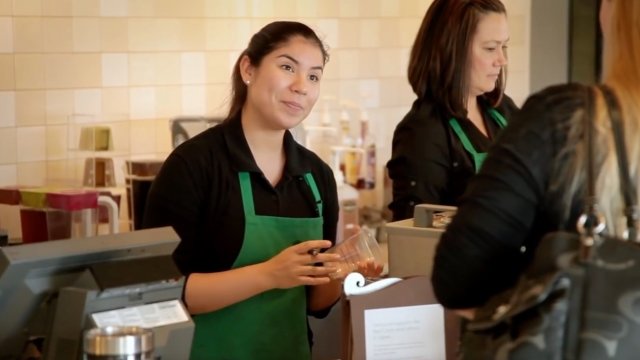 Equal Pay Day is April 10. It symbolizes how many days into this year women have to work to make as much as a man did the year before.

It's Equal Pay Day. It symbolizes how much longer a woman had to work into the next year to make as much as a man did the year before.

The gender wage gap is something advocates and some businesses have been trying to close for a while.

In 2016, Apple said it established equal pay across the board. It also said that every year, it adjusts employees' pay to reach that goal.

And in March, Starbucks said all genders and races would receive the same pay for doing similar work.

But while some companies have made pay equity a priority, in 2017, women in the U.S. still made about 82 percent of what men did for the same job, according to the Pew Research Center.