What The New Cuba Agreement Means For Travel, Cigars 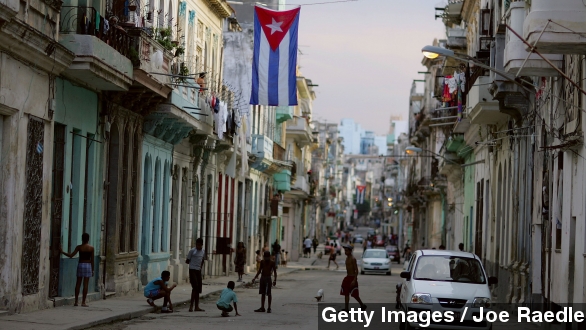 The new deal eases restrictions on traveling to the country and allows Americans to bring home some of those famous cigars.

Wednesday was a historic day for U.S.-Cuban relations.

“We will begin to normalize relations between our two countries,” said President Barack Obama.

American Alan Gross was released by Cuban authorities in exchange for three Cubans held in the U.S. as the first step toward normalizing diplomatic ties with the nation. (Video via PBS)

It’s a real breakthrough after more than half a century of tense relations.

“It was President Kennedy who established a permanent embargo on Feb. 7, 1962,” explained Euronews.

But, once all the diplomacy and homecomings have passed what can the average American expect in terms of travel — and of course, those world famous cigars?

Well, first of all don’t start planning your summer vacation to Havana just yet. (Video via YouTube / travelTVee)

Though traveling to and from the nation will be allowed — travelling purely for pleasure will not be, at least to start.

According to Mashable, restrictions will be eased and you have to have a pretty good reason to be making the trip — something like visiting family, humanitarian trips or religious activities amongst others.

Of course, once you’re there, how you spend your time will be up to you.

And you’ll have more options with your money than before. That, thanks to stipulations of the agreement that will allow Americans to use debit and credit cards in the country. (Video via Visa)

Which brings us back to those cigars. Americans will be allowed to bring $100 worth of cigars or rum bought in the country back home with them. (Video via YouTube / CigarBunch)

The softening of travel restrictions could also be a boon for the U.S. travel industry.

The Detroit Free Press quotes the president of travel company Insight Cuba saying he nearly “drove off the road” when he heard the news.

While according to MarketWatch the editor in chief of travel site Cruise Critic called Cuba “one of those ‘Lost Horizon’ places. Everyone wants to go.”