What This Year's Research Told Us About Coffee 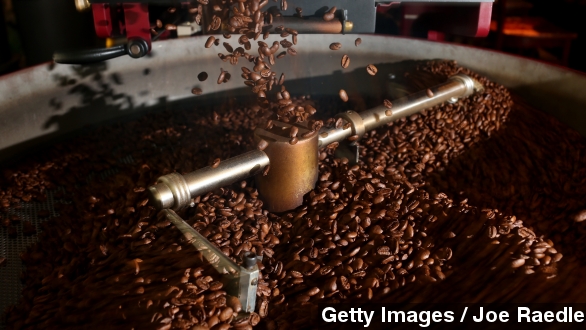 Research from 2014 suggested coffee has health benefits; however, researchers did warn that some are more likely to become addicted than others.

A researcher told CNN, "As long as coffee doesn't give you tremors, doesn't make you jittery, it is associated with a lot of health benefits."

Coffee could even have positive effects for your liver, according to the U.S. National Cancer Institute.

Scientists aren't sure exactly what component in coffee is providing the benefits to the liver. They just know now it's not the caffeine.

Researchers looked at how coffee affected more than 27,000 people and discovered people who drank three cups of coffee a day had healthier livers than those who did not — regardless of whether the coffee they drank was decaf.

Every year scientific studies tell us new things about coffee, and the past year was no exception. So, here's what we learned about our morning brew in 2014 and what it means for our health. Most of it was good news.

The researchers looked at 120,000 coffee drinkers and their genetic codes and found six specific genetic variants that might cause some people to become addicted to caffeine.

Researchers looked at more than 120,000 people who drank coffee and found those who added more than a cup to their daily intake had a lower risk of developing type 2 diabetes.

So, a lot of encouragement for coffee drinkers out there. But it hasn't all been good news because we also learned this year that certain people could be more susceptible to caffeine addiction than others. And it might run in the family.

And those who decreased more than a cup from their daily diet had an increased risk of developing the disease. (Video via ABC)

Harvard and Brigham and Women’s Hospital researchers found people's caffeinated-beverage drinking habits have to do with their genes.

And United Kingdom researchers found journalists and media staff are more dependent on coffee than any other profession.

Researchers aren't completely sure why coffee lowers the risk of type 2 diabetes but theorize it could be because coffee is rich in magnesium — a chemical element already known to lower the risk.

This research is particularly significant in that it shows the effect coffee, or specifically the caffeine in coffee, has on someone is specific to each particular person.

The study looked at about 10,000 professionals from different industries and found 85 percent drank at least three cups of coffee a day and 70 percent said they would struggle to perform their work without the drink.