What Trump's Family Separation Executive Order Does And Doesn't Do 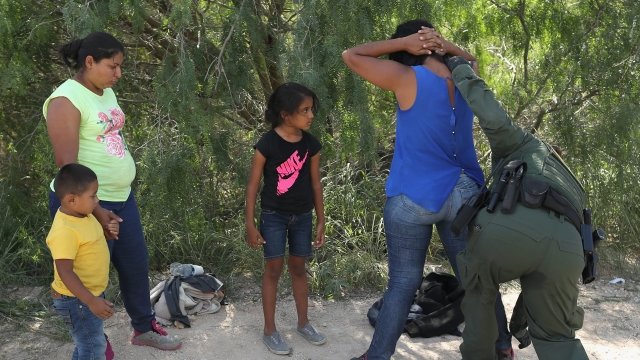 President Donald Trump signed an executive order aimed at stopping family separations at the U.S. border. But the order can only go so far.

It says families should be kept together when U.S. law allows — a caveat that's repeated a few different ways throughout the order.

A U.S. court ruling does allow parents and minors to be detained together, but only for 20 days. It's not immediately clear what will happen if the government keeps families together but hits that 20-day limit.

Trump's order takes a first step at trying to solve that dilemma. It asks Attorney General Jeff Sessions to file a modification request with federal courts to allow the government "to detain alien families together throughout the pendency of criminal proceedings."

One thing the order did not address: reuniting parents and children. A recent estimate from the administration said government agencies were caring for about 2,000 children who were separated from their parents.

The order didn't completely solve the family separation crisis at the border, which is why some are skeptical about what will happen next.