What We Know About The Mueller Report's Redactions 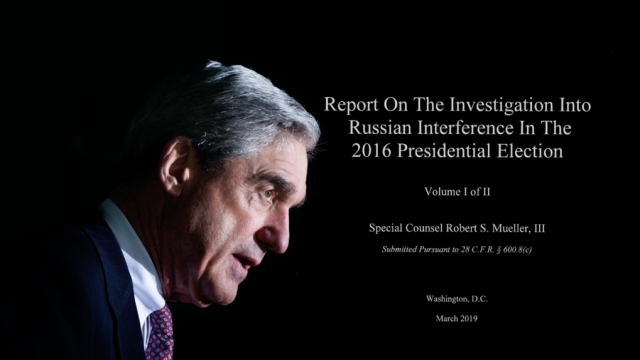 The vast majority of the redactions are in the first section of the report, which looks at whether the Trump campaign colluded with Russia.

Special counsel Robert Muller's report on Russian interference in the 2016 presidential election has finally been released to the public. Well, not all of it.

We already knew four main topics would be redacted from the 400-page report: grand jury material, information that could affect ongoing investigations, classified information and any details that could infringe on the privacy of "peripheral third parties."

According to analysis conducted by ProPublica, approximately 6% of the total pages are within redacted blocks.

The second half of the report looks at whether President Donald Trump obstructed justice. That section has way fewer redactions.

Even before the report's release, Democrats were concerned that much of the information they may want to see could be redacted.

But it might not be long before at least some of those redacted details are revealed. The House Judiciary Committee has already authorized a subpoena for the full report. And Attorney General William Barr has said he might share some of the redacted information with Congress.