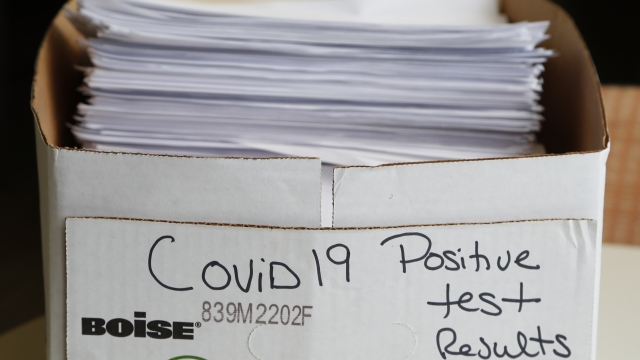 Experts who spoke to Newsy said years of underfunding are just part of the reason the U.S.' response hasn't been more effective.

"We are now having 40-plus thousand new cases a day. I would not be surprised if we go up to 100,000 a day if this does not turn around," Dr. Anthony Fauci, director of the National Institute of Allergy and Infectious Diseases, said.

The U.S. accounts for a quarter of the world’s COVID-19 cases, and hospitalizations and deaths, which usually lag a couple of weeks behind new cases, are now up, too.

"Hospitalizations now are going up in 12 states. And as of this week, new daily death now has increased in the state of Arizona," Redfield said.

So how did the U.S.' pandemic fight go so badly, and where did the U.S. go wrong? Newsy spoke to health experts who say years of underfunding, ineffective testing, and general confusion and politicization all led to the crisis the U.S. now faces.

Disease prevention and public health funds haven't kept up for years, which trickles down to state and local health departments who rely on public health emergency preparedness grants from the CDC. The grant program has seen funding cuts since 2003, with no change the past two years.

"Domestic and global health security funding needs for public health really have not kept pace with growing needs. So on the global security side, some experts have recommended that an additional $100 million to $150 million is really needed over current funding," Amanda Jezek, senior vice president of public policy and government relations at the Infectious Diseases Society of America, told Newsy.

In a Senate meeting this week, Redfield said $12 billion of CDC money has gone to states, essentially catching up from years of public health underfunding. He promised community-based COVID-19 surveillance to local jurisdictions by mid-July.

The task force is keeping an eye on 16 states where cases are rising. Increases in the rate of positive results raise the biggest red flag.

Then there’s testing, which in the crucial early stages of the pandemic was ineffective, contaminated or unavailable. Even today, doctors Newsy has spoken with are calling for more testing.

"That is a thing that has to be more available. I think that the more that becomes available, the more we can open up our economy, the more people can return to their jobs," Dr. Joseph Forrester, pulmonologist and critical care specialist at the Medical Center of Aurora, said.

Reopenings have also troubled health officials. Health experts say more of a “dialing up or dialing down” model should be followed as cases rise. Instead, they say too many places have jumped ahead prematurely.

"We've got to make sure that when states start to try and open again, they need to follow the guidelines that have been very carefully laid out with regard to check points. What we've seen in several states are different iterations of that, perhaps, maybe in some going too quickly and skipping over some of the checkpoints," Fauci said.

And then there’s the disbelief toward the doctors and scientists. Outrage and politicization about masks, for example, have played a role in doubting, or selectively searching for studies whose findings don’t match CDC guidelines.

"A lot of people will be Googling and looking for primary scientific papers. And inadvertently you start putting in your own bias, meaning that you start and you start cherry-picking the papers that that satisfy the answer you are already looking for. And that's dangerous, because then you're not looking at the whole picture. When you talk to experts in the field. We have spent decades reviewing those kind of articles and we can see which ones make sense and which ones fit and which ones don't," said Dr. Irfan N. Hafiz, infectious disease physician and Northwest Region chief medical officer for Northwestern Medicine. "When you only look at two or three out of the 30,000 studies that may have been done about hand-washing or face masks or infectious disease or droplet precautions, it's very hard to understand what is the takeaway there."