What You Need To Know About The Crude Export Ban 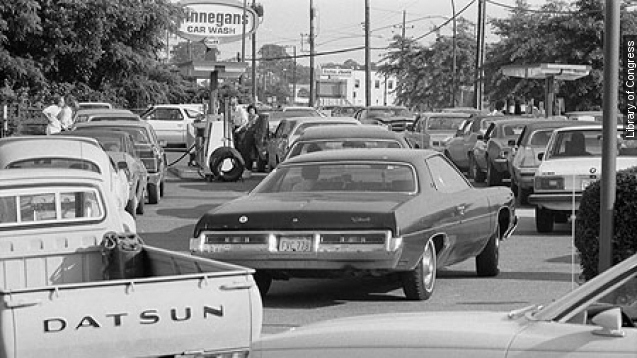 How the end to a 40-year-old ban could affect gas prices and the environment.

In 1973, during the Arab-Israeli war, the Organization of Arab Petroleum Exporting Countries declared an oil embargo in response to U.S. support for Israel. In the U.S., oil prices skyrocketed and there was a gas shortage.

"We have become increasingly at the mercy of others for the fuel on which our entire economy runs," President Gerald Ford said.

The U.S. responded in 1975 with a ban on almost all oil exports, with room for some exceptions. The move was meant to make the U.S. more independent when it came to oil.

Now, after almost 40 years in place, that ban could be coming to an end. A provision to lift the ban is in the House spending bill that would fund the government through September.

Depending on whom you talk to, removing the ban will either create jobs, take away jobs or be bad for the environment.

Republicans say lifting the ban will create jobs and be good for the economy.

Democrats, on the other hand, say it will move jobs away from the U.S.

And some Democrats say lifting the ban will also raise oil prices. That's debatable, though.

The Wall Street Journal says the opposite would happen, writing, "Gasoline prices in the U.S. are correlated to the global price of crude oil. Repealing the export ban would increase global oil supplies, which would put downward pressure on prices."

And because U.S. crude is now cheaper than international crude, the Council on Foreign Relations points out "there is currently little if any incentive for U.S. oil producers to export crude oil even if the ban is lifted."

Environmentalists are worried the move will lead to more oil production. Although, in an apparent nod to them, tax credits for solar and wind energy are extended in the spending bill.

There's consensus on at least one thing — most analysts agree we probably won't feel the effects of the end of the ban for a while, not even in the next year.