When It Comes To Cyberattacks, No Two Countries Use The Same Playbook 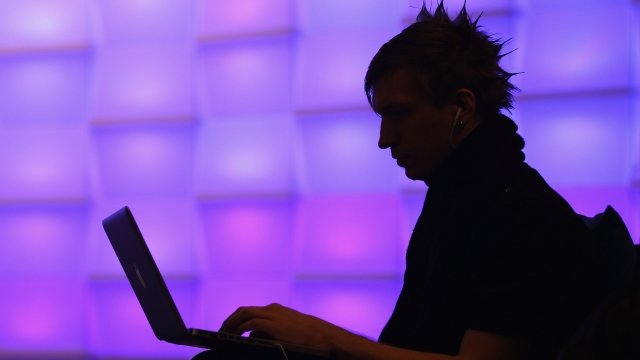 Although the U.S. is seemingly under a stream of cyberattacks, the motives for those attacks are as unique as the countries that carry them out.

Cyberattacks are now a regular threat to national security, and world leaders face a big challenge in combating them. Namely, there's no one style of cyberattack, and different countries have different playbooks.

For cybersecurity superpower Russia, cyberattacks are usually highly coordinated, malicious efforts intended to hurt its political adversaries. Some of those attacks are very blatant, like in 2015 and 2016, when Russia shut down electricity distribution services for thousands of Ukrainians.

But according to U.S. intelligence agencies, many of Russia's political cyberattacks are subtle efforts to sway the target country's politics. For instance, Russia's government is accused of stealing emails from Hillary Clinton's former campaign chair that ended up on Wikileaks and shook up the 2016 presidential election.

US Warns Of Advanced And Persistent Cyberthreats Against Utilities

The U.S. government issued an alert about persistent cyberthreats that have been threatening utilities since at least May.

When it comes to China, its cyberattacks are mostly science and tech espionage. According to intelligence experts, Chinese hackers have stolen hundreds of terabytes of data from at least 141 organizations, including Google and the Department of Defense, since 2006.

And for some countries, like North Korea, cyberattacks are instrumental parts of a nation's economy. North Korean hackers are thought to be behind the recent theft of more than half a billion dollars' worth of bitcoin from a Japanese cryptocurrency exchange, as well as another crypto breach for $5 million.