When It Comes To Kids, Kim And Kanye Have One Direction And A Saint 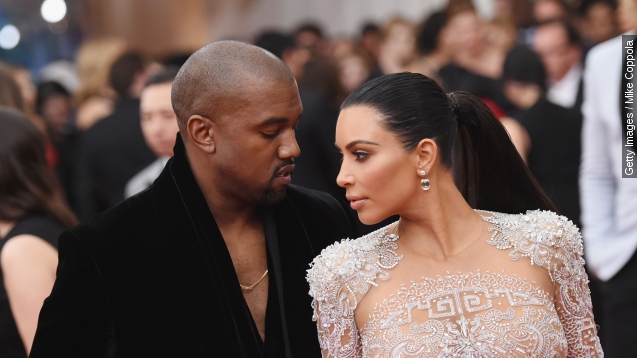 Kim Kardashian announced the name of her second child on social media Monday.

We finally have the name of the newest heir to the reality show throne: Saint West. Kim Kardashian West and Kanye West posted the name of their brand new baby boy online.

Saint is Kimye's second bundle of joy. North's new brother was born weighing 8 pounds and 1 ounce on Dec. 5, after being breech just days before.

Getting the newest member of the Kardashian clan here wasn't exactly easy. Kim was pretty open about fertility issues and complications during her pregnancy.

"They have recommended to me to get a surrogate. I would like to hold out a little bit longer and still try, still have hope," Kardashian West told Matt Lauer back in April.

"I could possibly have diabetes. I think this is just a wake-up call that, you know, things just might not be going the way that I thought they were. And I just need to try to be healthy," Kim said on an episode of the family's reality show.

People on Twitter were certainly excited about the name finally dropping. Saint West was trending less than five minutes after the announcement.