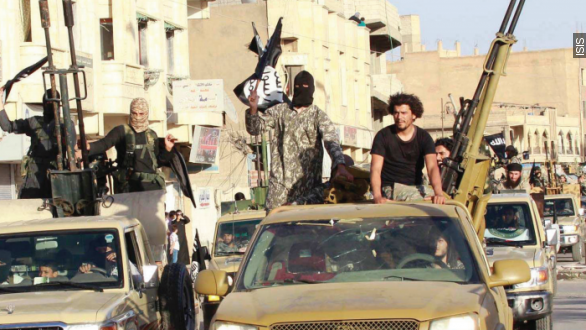 Despite demanding for months they have a say in the matter, members of Congress are reluctant to go on record formally approving war against ISIS.

For nine months, the U.S. has been conducting an air campaign against ISIS targets in Iraq and Syria. (Video via U.S. Central Command)

Congress hasn't formally signed off on any of it. (Video via C-SPAN)

Despite demanding for months, they get some sort of buy-in.

"I think the president should come to Congress and ask for the authorization for the use of force. ... I don't think he's going to ask for that, and I'm dismayed by that," Sen. Bob Corker told CNN.

"It is incumbent on him to come to Congress and lay out his strategy," Sen. Ted Cruz said. (Video via NBC)

So, lawmakers got what they asked for.

In February, President Obama sent Congress what's known as an Authorization for the Use of Military Force, or AUMF.

It spelled out some parameters for the operation and included a "ban on enduring offensive ground combat forces," along with a three-year expiration date.

In other words, the president was basically inviting Congress to limit his authority. But they passed on it. War-weary Democrats say the AUMF goes too far. Hawkish Republicans say it doesn't go far enough.

And neither side appears in any hurry to do anything about it. Proposals to define and formally authorize the war remain stalled in both chambers. (Video via C-SPAN)

Meanwhile, ISIS is gaining a foothold beyond Syria and Iraq — with apparent affiliates now in Libya, Algeria and Yemen.

"All of which are potential U.S. targets under Obama's interpretation of the law," as Doyle McManus at the Los Angeles Times notes.

The White House points to this 2001 law authorizing force against Al-Qaeda and its affiliates as justification for its operations against ISIS.

That rationale is a stretch, at best. ISIS, while something of an Al-Qaeda offshoot, is far from an Al-Qaeda ally these days. The two groups are actually bitter rivals.