Which Streaming Services Came Out On Top This Year? 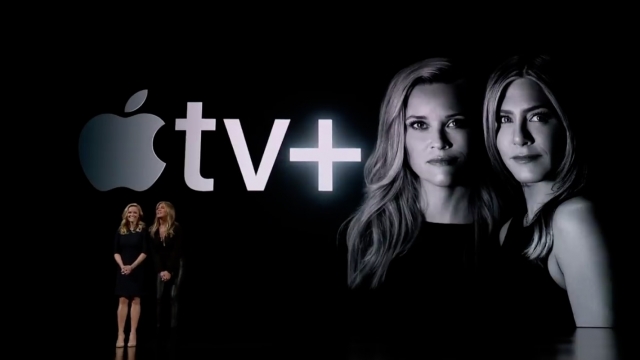 Netflix, Amazon Prime Video and Hulu are still the top streaming services in the U.S. — but the newest competitors in the industry are catching up.

With the launch of Disney Plus and Apple TV Plus, 2019 was huge for the streaming industry. But as the year comes to a close, we're left with one important question: Which streaming services managed to stay on top?

According to subscriber estimates from the research firm Parks Associates, the top three streaming services in the U.S. were Netflix, Amazon Prime Video and Hulu. That has not changed from 2018, but that doesn't mean new competitors aren't catching up.

Ranked fourth on Parks Associates' list is HBO Now. But because the estimates were gathered through October, that doesn't take into account the launch of Disney Plus.

Disney announced in November that its platform garnered ten million subscribers at launch, which would knock HBO — as well as CBS All Access, Starz and Showtime — down the list.

Even weeks after the platform's initial launch, Disney Plus is still gaining momentum from its original series "The Mandalorian." Towards the end of November, the Star Wars title became the most in-demand show in the world according to researchers at Parrot Analytics.

That's pretty impressive for the young platform, but the same can't be said for Apple TV Plus — which launched just days before Disney Plus.

Critics are still mixed on the value of Apple's original series, and Metacritic scores are ranging from 37 out of 100 to just 68. Despite those lackluster scores, experts still say the platform has potential for the long-run.

Brett Sappington, the Senior Research Director and Principal Analyst at Parks Associates, told Newsy: "If Apple was to exceed one million paying subscribers — beyond Apple device buyers — for a library of interesting but unfamiliar content, that would be a great start for the service."

Parks Associates doesn't yet have an estimate for U.S. Apple TV Plus subscribers. And other analysts note that the motivation to sell Apple TV Plus memberships is likely more to "[encourage] customer loyalty" rather than collect actual revenue. Amazon uses this same strategy for Prime Video.

Heading into 2020, it's worth noting that the streaming wars aren't over just yet. WarnerMedia's HBO Max and NBCUniversal's Peacock are launching in the spring, and both are primed to shake up the industry even more.