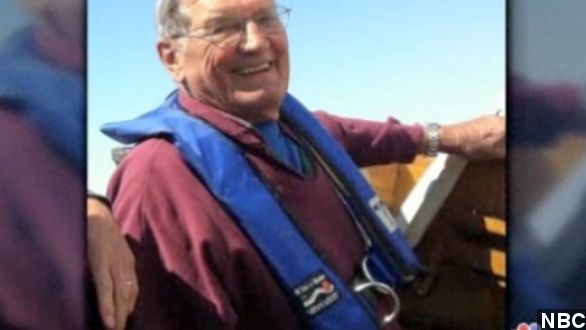 ​The White House requested the release of American citizens detained in North Korea Saturday, saying it is deeply concerned for them following the release of a peculiar video apology by one of the detainees.

Eighty-five-year-old American Merrill Newman was reportedly on a 10-day private tour of North Korea in October. Newman served in the U.S. military during the Korean War. (Via Sky News)

CNN reports Newman was about to leave the country, when North Korean authorities took him off the plane and into custody.

The New York Times republished a statement from the Korean Central News Agency that claimed Newman "committed hostile acts against the DPRK after entering the country under the guise of a tourist."

The statement added that Newman, a Korean War veteran, was responsible for the killing of Korean soldiers and civilians during his military service. North Korea also released a video of Newman apologizing for crimes he's accused of committing.

“In the statement Newman asks for forgiveness for allegedly killing North Korean soldiers and civilians during the Korean War. The video shows Newman stamping the four page statement with red thumbprints.”​ (Via NBC)

“North Korea is focusing very heavily on Mr. Newman’s record as a U.S. officer. They say he engaged in espionage, subversion and also sabotage activities during the Korean war.” (Via CNN)

The apology also said Newman attempted to contact surviving soldiers during his current trip. It’s still unknown whether Newman wrote the apology himself. (Via Fox News)

The BBC notes the apology was dated November 9th, meaning the video was released more than two weeks after it was recorded.

The other American the United States is requesting freed is Kenneth Bae who was arrested in November 2012 in North Korea. Bae was sentenced to 15 years of hard labor for alleged hostile acts. (Via The Telegraph)

The U.S. State Department sent an envoy to ask for Bae's release in August but was unsuccessful. Bae's family made a public appeal for his release around the same time because of his failing health.

North Korea has detained at least seven Americans since 2009, although five of them were eventually released. No word on when or if either Newman or Bae will be released. (Via The Washington Post)