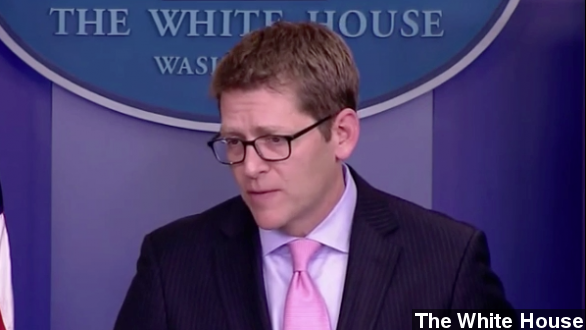 The White House changed its story Thursday about President Obama's relationship to his uncle, and the reasoning is pretty remarkable.

The story goes back to January of last year, when The Boston Globe reported Onyango "Omar" Obama, then on trial for drunk driving, "had never met his famous nephew, according to the White House."

The DUI investigation turned up the fact that Omar Obama was in the country illegally, coming to the country on a student visa that expired in 1970. (Via Daily Mail)

That lead to a deportation hearing Tuesday, where a judge ruled Omar Obama could stay in the country.

"The judge says Omar Obama pays his taxes and meets the requirements for a green card." (Via CNN)

During the hearing, Omar Obama contradicted the 2012 report, saying that not only had he met the now-president, but that a young Barack Obama actually lived with him for three weeks. Two days later, the administration changed its story. (Via The Washington Post)

"The president has acknowledged living with the Kenyan uncle for a brief period in the 1980s while preparing to attend Harvard Law School." (Via The Boston Globe)

And the reason behind the contradiction?

"Back when this arose, folks looked at the record, including the president's book, and there was no evidence that they had met. ... That was what was conveyed. Nobody spoke to the president." (Via The White House)

Yep, no one asked him. To conservatives, saying that explanation strains credibility is an understatement.

A writer for Human Events assumed the president had been deliberately lying, saying "it’s not clear what he gained" and asking "Is there some other shoe waiting to drop here?"

But a writer for Breitbart.com says what the story really demonstrates is a problem with the media. "Our acquiescent media is told something by the White House and simply reports it to the world as fact and without a hint of skepticism."

The White House maintains the president hasn't spoken to Omar Obama in at least 10 years, and played no part in his uncle's deportation hearing.