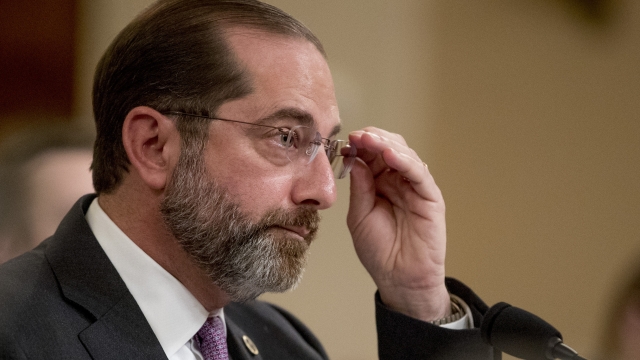 Reports say the White House is angry about publicity surrounding the firing of a vaccine expert.

Four senior officials told Politico the Trump administration is weighing Azar's removal in the midst of the COVID-19 pandemic following a controversy that erupted after he ousted vaccine expert Rick Bright last week.

Azar said at a recent White House press briefing Bright was promoted when moved to a National Institute of Health position. Bright responded, saying he would file a whistleblower complaint against Azar and other high-ranking HHS officials, angering the Trump administration.

The recent incident follows months of reports that Azar's warnings about the looming pandemic weren't taken seriously by the administration. Azar has denied these claims.

Politico reports that coronavirus coordinator Dr. Deborah Birx is one of a handful of people being considered as Azar's replacement. The White House denies Azar's job is  in jeopardy.