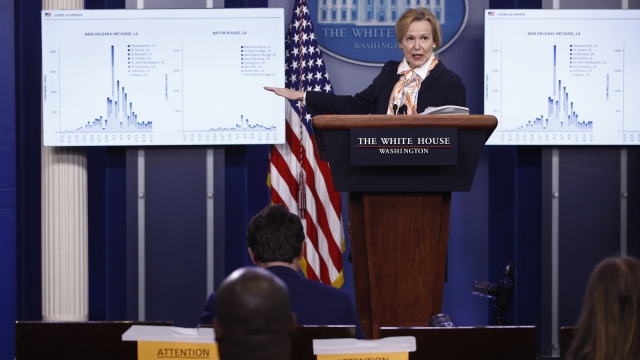 The administration is talking to FEMA about transferring responsibilities.

The White House is considering winding down its coronavirus task force by late May or early June.

The New York Times first reported the plan, and Vice President Mike Pence confirmed it to reporters Tuesday. He said that thanks to social distancing, the U.S. could be in a "very different place" by around Memorial Day.

The administration is talking to FEMA about transferring the task force's responsibilities to the agency.

A White House official told CNN Tuesday: "We will continue to have key medical experts advising [President Donald Trump] daily and accessible to press throughout the coming months ahead."

Johns Hopkins University data shows the U.S. has reached a plateau in new confirmed cases of COVID-19, and many states have started relaxing social distancing measures. But an Associated Press analysis released Tuesday found that if the New York City metro area is taken out of the equation, the country's infection rate is actually rising.