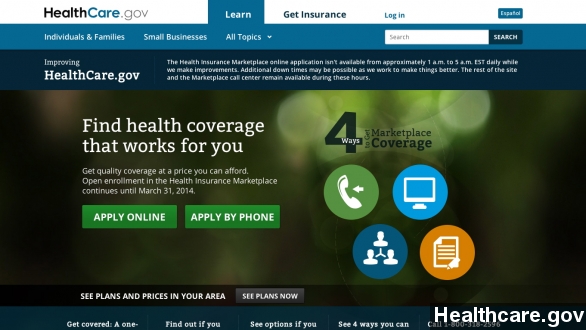 The Obama administration says it reached its self-imposed deadline to have most of the site's problems fixed.

The Obama Administration is likely taking a sigh of relief Sunday after claiming it met the self-imposed deadline for getting the Healthcare.gov website up and running. So is it smooth sailing from here on out?

"Just like Google and Facebook and all the Internet sites are constantly tweaking their sites, constantly improving them, this one has a ways to go. But it is certainly working reasonably well." (Via NBC)

The White House set the end-of-November deadline following the website's disastrous October rollout. The administration says the site was down an estimated 60 percent of the time that month. (Via Fox News)

PRESIDENT OBAMA: "By the end of this month we anticipate it is going to be working the way it is supposed to."

KATHLEEN SEBELIUS: "It will take until the end of November for an optimally functioning website." (Via CNN)

In a media release the White House says it has made good on that promise, saying “The new management system and instrumentation have helped improve site stability, lower the error rating below 1%, increase capacity to allow 50,000 concurrent users to simultaneously use the site and will help drive continuous improvement on the site.” (Via Centers for Medicare and Medicaid Services)

The website can now also support more than 800,000 customers per day and is online more than 90 percent of the time. Workers supposedly fixed more than 400 bugs they found on the site. (Via Healthcare.gov)

But Republicans were focused on not letting the fixes be a win for the president's signature law.

The Washington Post points out that some of its readers are still having trouble with the site. “Some, for example, have gotten stuck when the system can’t verify their identity. There’s a button to retrieve lost usernames and passwords that some users have reported to be broken.”

The administration won't release numbers on enrollment for November until mid-December. But it says the final tally will be significantly higher than in October, when only 106,000 Americans signed up.