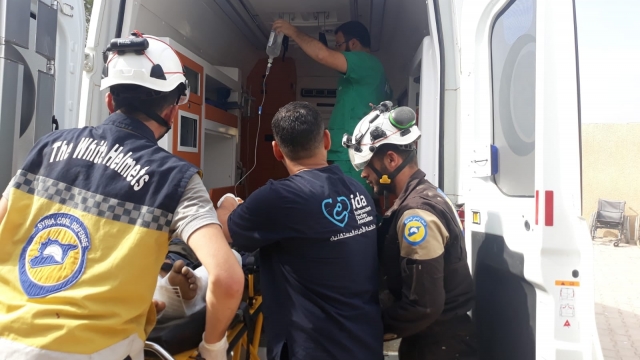 Since 2013, the U.S. has sent about $40 million to the Syria Civil Defence organization.

The White House announced Tuesday that the administration is giving $4.5 million to the Syria Civil Defence organization.

The group of volunteers is also known as the White Helmets, and they're often the first on the scene after an airstrike or bombing in Syria. They're credited with rescuing over 115,000 people.

Dear Assad, Here's Why The White Helmets Matter To Syria

Whether they're pulling people out of the rubble or putting out fires, the White Helmets are saving lives.

Since 2013, the U.S. has sent about $40 million to the rescue group. In Tuesday's announcement, the Trump administration encouraged others to support the Syria Civil Defence and its "efforts to protect civilians, religious and ethnic minorities, and other innocent victims of the Syrian conflict."