Trump Administration Reportedly Willing To Talk With The Taliban 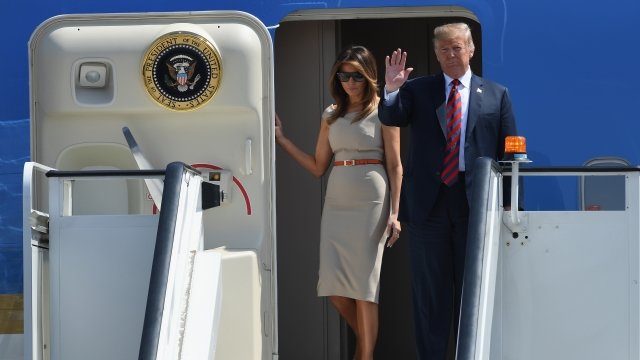 Multiple U.S. and Afghan officials confirmed this shift in strategy with The New York Times.

The Trump administration reportedly wants to hold direct talks with the Taliban.

The New York Times says it confirmed this shift in strategy with multiple U.S. and Afghan officials. The Taliban has long wanted to deal directly with the U.S., but up until this point, American leaders have said negotiations need to be "Afghan-led and Afghan-owned."

Secretary of State Mike Pompeo reiterated that sentiment earlier this month during a surprise trip to Afghanistan. At the time, he did say the U.S. was prepared to help the two sides "resolve their differences."

President Donald Trump recommitted the U.S. to the war in Afghanistan last year. Under that new strategy, the Trump administration increased the number of U.S. service members deployed to the region and also boosted airstrikes.

The Times now reports there's a growing "consensus" among U.S. and Afghan officials that "the only way out of the war is for the United States to take a more direct role in negotiations." It's unclear when these direct talks could happen, but the Trump administration has reportedly already started to "lay the groundwork" for a potential meeting.