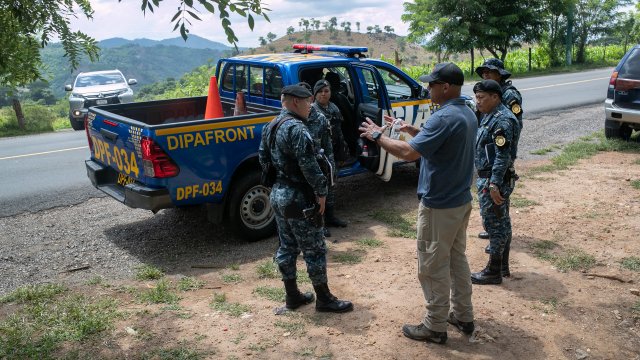 The White House previously cut aid to Guatemala, Honduras and El Salvador for what it said was a lack of effort to curb illegal immigration to the US.

The administration initially cut aid to Guatemala, Honduras and El Salvador for what it said was a lack of effort to curb illegal immigration to the United States.

Washington will restore "targeted assistance" for law enforcement and security, in return.

Secretary of State Mike Pompeo gave more detail on what "targeted assistance" would look like in a statement.

He said funding will go toward programs that support joint security, create economic opportunity, and help countries support the agreement they just signed, among other things.

Neither President Trump or Pompeo said how much this aid would cost.

The Washington Post spoke with an unnamed source who said restoring "targeted" aid would unfreeze $143 million.

The push to restore aid reportedly stemmed from a proposal by acting Department of Homeland Security secretary Kevin McAleenan.

McAleenan has since told President Trump he's stepping down. He's set to remain on the job until the end of October.