White House Says It Will Not Cooperate With Impeachment Inquiry 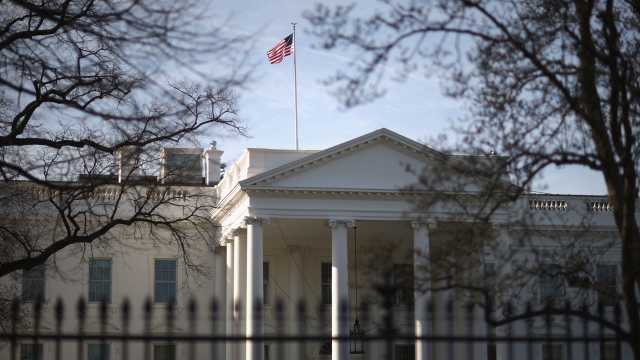 ​The White House says the inquiry violates the president's due process rights and is an attempt "to overturn the results of the 2016 election."

The White House has formally refused to cooperate with the impeachment inquiry against President Donald Trump.

On Tuesday, the White House called the probe "baseless" and "unconstitutional" in a letter sent to the three House committee chairs behind the inquiry and House Speaker Nancy Pelosi. The letter says the inquiry violates the president's due process rights and is an attempt by Democrats "to overturn the results of the 2016 election," as well as "a strategy to influence the next election."

Pelosi responded in a statement Tuesday. She said the president is "trying to make lawlessness a virtue," adding that the letter itself is an "unlawful attempt to hide the facts" of the Trump administration's efforts to pressure foreign leaders to "intervene in the 2020 elections."

House Democrats have issued a number of subpoenas since their impeachment probe began, including the White House and President Trump's personal lawyer Rudy Giuliani.

Shortly after the White House's letter was released, House Democrats issued another subpoena to U.S. Ambassador to the European Union Gordon Sondland, who didn't show up for a congressional interview Tuesday morning. Sondland's attorney said his client was directed by the State Department not to appear before the House committees and was "profoundly disappointed" that he couldn't testify.