White House Seeks To Clarify Trump's 'No' On Russia Question 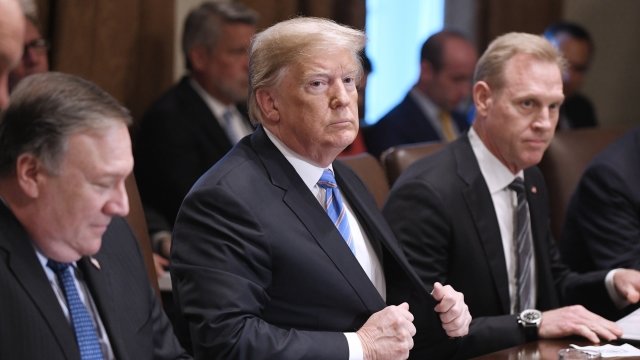 This comes after Trump clarified a statement he made at a joint press conference with Vladimir Putin.

Shortly after, Trump said, "Thank you very much, no."

Later, CBS White House correspondent Major Garrett asked press secretary Sarah Sanders: "Earlier, Cecilia asked the president, 'Is Russia still targeting the U.S.?' He said, 'No.' Is that what the president actually believes? Did he understand the question? And is his position that, 'No, Russia is not doing anything to interfere or meddle in the 2018 election'?"

Sanders replied, "I got a chance to speak with the president after those comments, and the president ... said, 'Thank you very much,' and was saying no to answering questions."

This is another in a string of comments and walkbacks by the president on Russia's interference in U.S. elections. On Monday, he said this:

"They said they think it's Russia. I have President [Vladimir] Putin, he just said it's not Russia. I will say this, I don't see any reason why it would be."

A day later, and following harsh criticism from even other Republicans, Trump said this:

"I would like to clarify, just in case it wasn't. In a key sentence in my remarks, I said the word 'would' instead of 'wouldn't.' The sentence should have been, 'I don't see any reason why [it] wouldn't, or why it wouldn't be Russia.'"