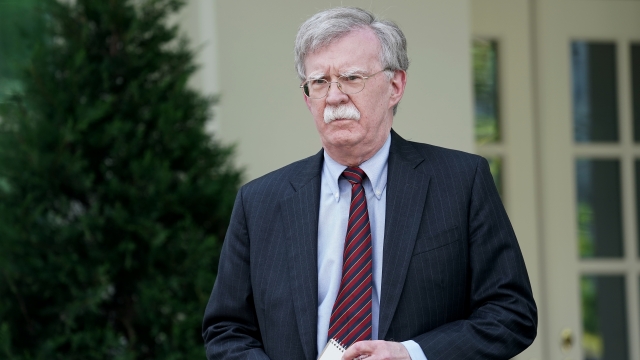 Later on Wednesday, Bolton's lawyer, Charles Cooper, released an email he sent to the National Security Council. In the email, dated Jan. 24, Cooper mentions the possibility of Bolton being called to testify during the president's ongoing impeachment trial.

He wrote: "If he is called to testify, it seems certain that he will be asked questions that will elicit much of the information contained in the chapter of his manuscript dealing with his involvement in matters relating to Ukraine. We do not believe that any of that information could reasonably be considered classified, but given that Ambassador Bolton could be called to testify as early as next week, it is imperative that we have the results of your review of that chapter as soon as possible."

In a statement that came along with the email, Cooper said he didn't receive a response.

According to The New York Times, Bolton's book says President Trump personally told him security aid for Ukraine should be withheld until the country agreed to help investigate his political rivals. If that's true, it would contradict the president's assertions that the aid freeze wasn't linked to any investigations.

House Democrats have been pushing to call witnesses in the president's impeachment trial, and some Republicans have said they're open to the idea — especially if they can hear from Bolton. For his part, Bolton has said he is willing to testify if he is subpoenaed. The Senate will vote on the issue on Friday.