Whitey Bulger's Stuff Up For Sale, Profits Going To Victims 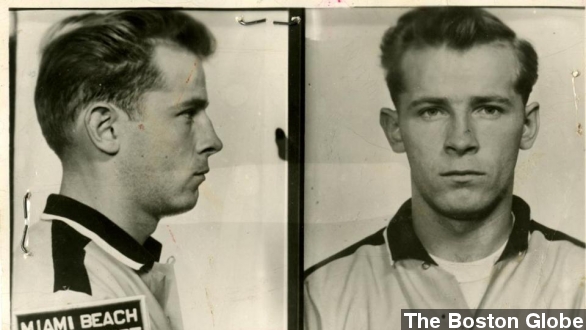 The personal belongings of the former Boston mob boss are going up for auction.

Looking for the perfect gift this holiday season? We may have found your answer.

“Whitey Bulger’s stuff up on the auction block. Some items from the convicted mobster that you could actually own.” (Via WHDH)

According to The Boston Globe that includes his "diamond claddagh ring, his collection of hats and hoodies, and even his porcelain rat pencil holder."

But if you're looking to score some of Bulger's belongings, it'll cost you. One of the most valuable items is that claddagh ring valued at $48,000 and a 1986 Stanley Cup championship ring worth about $3,000. (Via Time)

The U.S. Marshals Service will auction off the items — all from his Santa Monica, Calif. apartment. The profits will reportedly be split among the families of his victims.

The former Boston crime mob boss was on the run for more than 16 years before his capture in 2011. (Via CNN )

In November, Bulger was sentenced to life in prison for murder, extortion and money laundering. (Via CBS)

According to the Globe, also up for sale is a boxing mannequin of Bulgers. It reportedly  sat in his apartment window to make it look like there was always someone keeping a lookout.