1 In 4 Adults Don't Move Enough, And That Raises Their Risk Of Disease 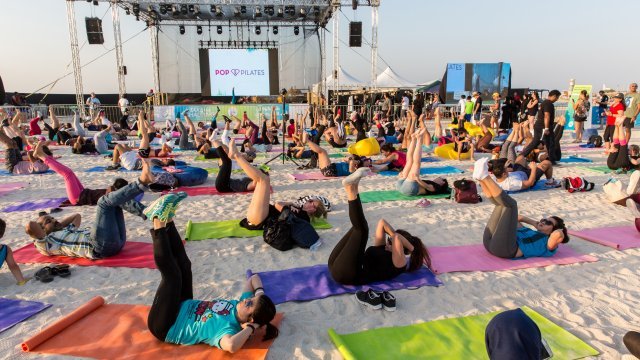 New data from the WHO shows that more than more than one in four adults don't get enough physical activity, and that increases their risk for disease.

More than 1.4 billion adults around the world aren't getting enough exercise, and it could negatively impact their health, according to the World Health Organization.

A new study suggests the global trend of inadequate physical activity levels is getting worse, with no real improvements since 2001. Researchers say that puts people at risk for health issues like cardiovascular disease, diabetes, dementia and certain types of cancer.

The report looked at almost 2 million people in more than 160 countries from 2001 to 2016 and found that more than one in four adults were insufficiently active. Women weren't as active as men, and high-income countries weren't as active as middle or lower-income nations. In the U.S., about 40 percent of adults didn't meet adequate exercise levels.

Experts say the results are concerning because they imply that federal health initiatives don't have a big impact on physical activity in Americans.

The study's authors suggest that countries improve those tactics and provide environments that encourage physical activity. The WHO recommends adults get 150 minutes of moderate-intensity exercise or 75 minutes of vigorous-intensity exercise each week in order to lower the risk of chronic health issues.