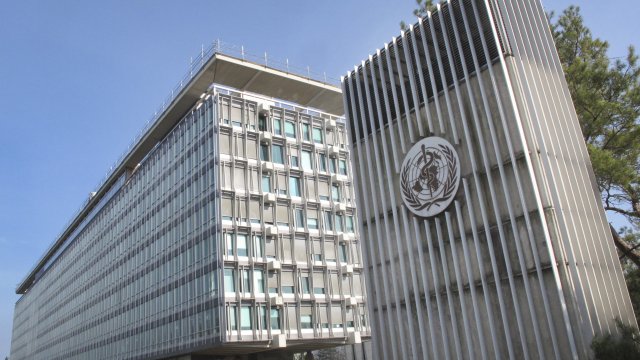 The comments come after President Trump accused WHO of downplaying the virus and not reacting quickly enough when the outbreak began to escalate.

The World Health Organization asked on Wednesday for "honest leadership" from world leaders in order to prevent "many more body bags."

The organization's director-general said, "The focus of all political parties should be to save their people, please do not politicize this virus."

The grave remark comes after President Donald Trump harshly criticized WHO for its response to the outbreak, threatening to withhold U.S. funding.

During a press conference, President Trump accused the organization of downplaying the virus and not reacting quickly enough when the outbreak began to escalate. He said the organization handled "every aspect of it wrong."

The president also said WHO was "China-centric" in its approach to handling the pandemic and claimed the organization knocked his decision to restrict travel between the U.S. and China.

"Take a look, I mean go through step by step, they said there's no big deal, there's no big problem, there's no nothing, and then ultimately when I closed it down they actually said that I made a mistake in closing it down, and it turned out to be right," Trump said.

The New York Times notes WHO has faced similar backlash over the pandemic from other government officials and health experts in the U.S. and other countries.

Some accused the agency of being too close or too trusting of China, which initially tried to hide the outbreak in Wuhan and has since released questionable data about its confirmed cases and death toll.

Others said WHO waited too long to declare a global health emergency even as the virus quickly spread from country to country.

WHO stands by its response to the virus, saying it rang the alarm bell in a timely manner and is "committed to ensuring all member states are able to respond effectively to this pandemic."