WHO: Congo's Ebola Outbreak Is Not Declared An International Emergency 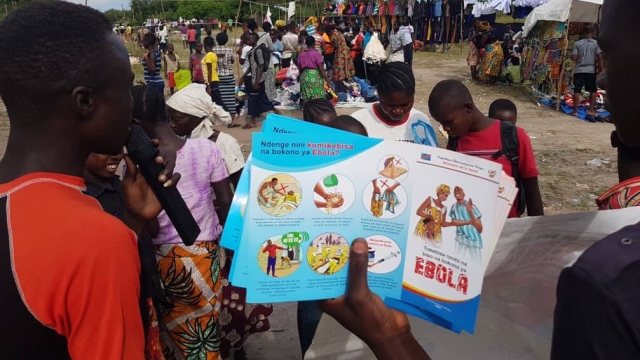 There have been 1,206 confirmed and probable cases of the disease since the epidemic started last August, including 40 new cases in the last few days.

In a statement Friday, the organization did say it was concerned "about the recent increase in transmission in specific areas"  and is worried about it spreading to countries nearby.

According to Congo's health ministry, there have been 1,206 confirmed and probable cases of the disease since the epidemic started last August. That includes 40 new cases in just the last few days. The death toll now stands at 764.

WHO defines an international emergency by three factors: It must be "serious, sudden, unusual or unexpected," it must have implications beyond the affected country, and it may require immediate international action.

The organization recently said it only has around half the money it needs to fight the disease, and declaring an emergency generally boosts donations.

In 2014, WHO was criticized for not calling an emergency until after an Ebola outbreak had killed almost 1,000 people.