We Honestly Don't Know Who George W. Bush Voted For 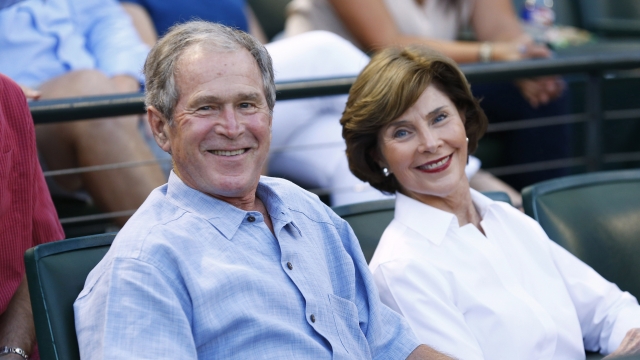 Bush's spokesman said the former president and his wife didn't vote for Clinton or Trump, but he declined to give any other information.

Despite what you might've heard on Election Day, the 43rd president reportedly did not vote for Hillary Clinton. At this point, we're not sure what he did with the presidential field.

Bush's spokesperson said that isn't the case, telling The Texas Tribune in an email that the Bushes didn't vote for Clinton or Donald Trump.

SEE MORE: 3 Crucial States (And A Lot More) To Watch On Election Night

New York Times reporter Jonathan Martin followed that up with news that the Bushes actually left the presidential field blank. But the Wall Street Journal reported Bush's spokesman declined to say whether they'd voted third party or written in a name.

Bush and his father, George H.W. Bush, our 41st president, both refused to endorse Trump during this election season. According to The Texas Tribune, an aide for George W. Bush said in May the former president didn't plan to "participate in or comment on the presidential campaign."

And in August, George W. Bush gave a speech that many interpreted as an attack against Trump.

There is one Bush that might've voted for Clinton, though. Former Maryland Lt. Gov. Kathleen Hartington Kennedy Townsend said in September that George H.W. Bush planned to vote for her. But that hasn't been confirmed by the former president or his spokesman.