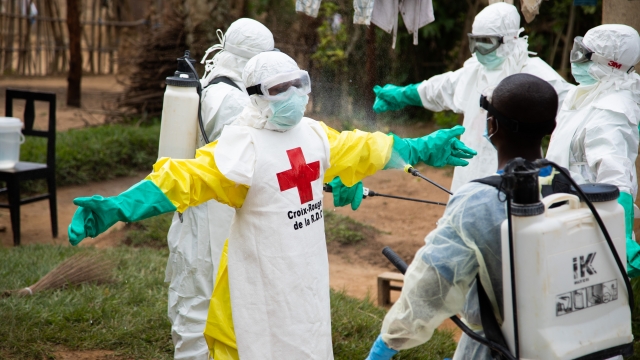 The WHO says the risks outweigh the possible benefits of declaring an emergency.

A World Health Organization committee says the Ebola outbreak in Democratic Republic of Congo still isn't an international public health emergency. It's the third time the organization has reached this decision.

The WHO defines an international emergency by three factors: First, it must be "serious, sudden, unusual or unexpected." Second, it must have implications beyond the affected country. And third, it may require immediate international action.

But the disease has already killed over 1,400 people since August, and the first cases outside Congo were confirmed in Uganda on Tuesday. In a statement Friday, the committee said it acknowledges those cases "constitute international spread of disease," but said there is still low risk of global contamination.

It came down to whether potential benefits outweigh the risks of declaring an emergency. Declaring could bring in more donations to fight the disease. But the committee ultimately decided the possibility of other countries suspending travel to Congo would be too risky for the economy.