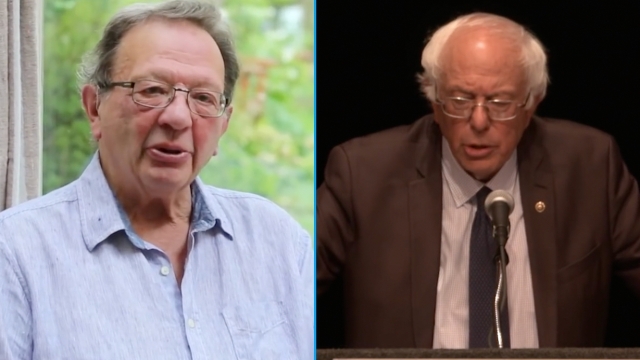 Can you spot the differences between Bernie Sanders and his brother? Because we can't.

Bernie Sanders and his brother have a lot in common.

"It is with enormous pride I cast my vote for Bernie Sanders," Larry Sanders said.

They shed tears for each other.

And they're both politicians who sound pretty similar.

"The countries have gotten more wealthy, but the vast majority of that money has to gone to a very small number of very rich people," Larry Sanders said.

"Almost all of the wealth and much of the income is going to the top 1 percent," Bernie Sanders said.

Larry Sanders represents the Green Party in the U.K. He emigrated to England in the '60s.

Even with the setbacks, 2016 has been a big year for the brothers.