How Your DNA Data Can Be Used Against You 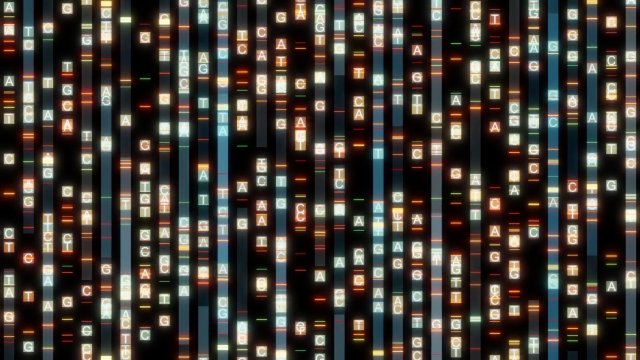 Christian Bryant explores the legal question of 'Who owns our DNA,' and concerns about what happens when genetic info can be used against our consent.

Newsy is taking a look at a privacy debate that's been quietly brewing over the past couple years. It involves our very own DNA — who owns our genetic info, and what they might use it for.

Kinda sounds like a plot point ripped from a sci-fi movie, but nah, this is real.

The debate has recently gathered some momentum, thanks to a case out of San Francisco that caught national attention in February of this year.

A DNA sample was obtained in a sexual assault medical kit from a victim in 2016, and then, years later, was recently used by the San Francisco Police Department to name that victim as a suspect in an unrelated case of property crime.

The case caused an outcry among critics who believe the victim's rights were violated, and that her DNA was used against her consent. In response, the San Francisco DA dropped the property crime charges against the woman, saying it violated the woman's Fourth Amendment rights which protects against unreasonable searches and seizures.

"The sanctity and the privacy of DNA that sexual assault survivors provide to law enforcement for the purpose of prosecuting their abusers must be limited to that purpose," San Francisco District Attorney Chesa Boudin said.

And while the chief of the San Francisco Police Department claimed he was "committed to ending the practice" of using DNA from victims in unrelated cases, a USA Today report claims records show the department seems to be continuing this kind of DNA matching.

This case brought a spotlight to the thorny legal question of 'Who owns our DNA?' And it raised concerns about what happens when genetic information can be used against our consent.

For example, medical testing after sexual assaults is already exceptionally low, with many accounts from victims attesting it’s an invasive experience. The lack of clarity on where that data goes could deter even more victims from coming forward.

Late last year, Maryland and Montana passed laws limiting the use of DNA matching by law enforcement. In light of the recent case, Boudin is partnering with lawmakers to ban the practice in California. In New York, state senators introduced a bill in early March banning the storage of DNA samples from sexual assault kits in the state's database, and preventing victims' DNA from ever being used against them.

It remains to be seen how these reforms will play out, but it's clear we're starting to see more attention be paid to these questions of data privacy. And although this recent case has brought new momentum, this isn't actually a new debate.

It's worth noting, there are some less controversial uses of DNA matching with potential benefits. Analyzing massive amounts of genetic info can identify global health trends, find markers of disease, and be used in preventative care.

In perhaps the most famous example of use by law enforcement, genetics data used to identify the California Golden State Killer who terrorized his victims from the 70s and 80s. Evidence from the cold case was screened against genomes from the ancestry website GEDmatch, and a familial match was found that led cops to the killer.

But some advocates have expressed concern that data-matching is less reliable than we assume, and that the consent laws around DNA are too vague. For example, laws around how these websites collect your genetic data are much more loose than they are for, say, insurance companies — which are generally forbidden from denying care based on your genetic info.

Some companies have at least added cautionary language in their terms of service. For example, popular ancestry website 23&Me warns: "Genetic Information you share with others could be used against your interests" — which kinda reads like a vague, but ominous warning.

Another genetic history website, Ancestry.com, cited one example where they fought against a police warrant for their data. But it's hard to say how often that's happened, or if that will always be the standard.

In another wrinkle, Ancestry.com was actually bought in 2020 by private equity firm Blackstone for $4.7 billion. The deal puts a real price tag on how valuable DNA databases might actually be. Though both parties insisted not much will change, a spokesperson for Ancestry.com suggested the company would be exploring options in preventative health care.

At the end of the day, these examples show us that our genetic information is perhaps not as legally protected as we might expect. The case of the San Francisco Police Department may have spurred national attention, but it is not the first instance and seems to be far from the only one.

As lawmakers work to sort out the complicated legal problems here, we're left with growing questions about who really owns our DNA, and what we consent to when taking simple DNA tests.