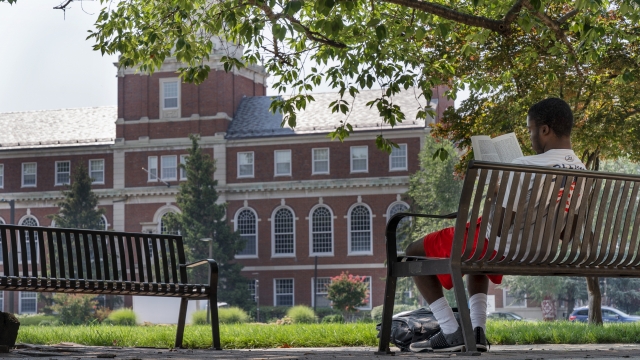 Many Republicans criticized the announcement, arguing it will make inflation worse by giving people more money to spend.

"All of this means people can start to finally crawl out from under that mountain of debt," said President Biden.

And that means millions also have questions about how it all works. So, let's break down four key elements, starting with the biggest headline — loan forgiveness.

The administration will eliminate $10,000 in student debt for people making up to $125,000 a year, or $250,000 for married couples. The debt forgiveness increases to $20,000 for anyone who received a Pell Grant. And parents who took out federal loans to pay for a child's education will also qualify for relief.

The White House says 60% of borrowers received a Pell Grant, meaning a majority of people will be eligible for the maximum amount of relief.

But appearing on Newsy's Morning Rush, Education Secretary Miguel Cardona said the plan has wider benefits for the nation.

"Everyone knows someone that right now is struggling with college debt. Lifting, helping those people up, it helps the whole community. And, you know, it's helping other Americans and that's what we're trying to do here," said Sec. Cardona.

Next, the Department of Education is temporarily changing the Public Service Loan Forgiveness program to make it easier to qualify.

Is A College Education Still Worth It?

Collegiate experts agree that a college degree is still generally worth the time and money.

That allows people who work for government organizations, military, or qualifying non-profits to have any remaining debt forgiven after they make 10 years of payments.

"Think of a service member who defers their student loan payment while they're deployed. The system is so restrictive that their active-duty service didn't count as 'public service' and their loan isn't forgiven as promised. It's outrageous," said President Biden.

The Biden administration is retroactively expanding the type of payments that qualify. But eligible borrowers must apply before Oct. 31 this year to take advantage of the change.

Third, the Biden administration is proposing a change to income-driven repayment plans. Once finalized, the new rule will cap monthly payments at 5% of income left after taxes and essential living expenses. And the program will cover the loan's monthly interest, ensuring your total balance due won't increase as long as you're making your monthly payments.

"We're not going to ask folks to pay for more than they can afford; That's going to make higher education much more accessible. And we're going to cap the interest, too. I've heard from so many Americans that the interest is what kills them, it just keeps compounding. Well, we're putting an end to that," said Sec. Cardona.

And finally, the Biden administration is extending the pause on student loan payments one last time. No one is required to make a monthly payment on their student loans until January 2023.

Not everyone is happy with the president's announcement. Some progressives wanted him to cancel more debt. Others argue he should be taking steps to reduce the cost of going to college.

Many Republicans criticized the announcement, arguing it will make inflation worse by giving people more money to spend, will increase the country's debt, and is unfair to Americans who already paid off their loans.

"It's very unfair to people who took other pathways in life that didn't require them to take out a lot of loans, so maybe people that went into business immediately, people that went into trades, they made those decisions to not have that debt and now the debt's being put on them," said Florida Gov. Ron DeSantis.

The White House says if every eligible borrower applies, 43 million Americans will benefit from the student debt cancellation.