Who's On President Trump's List To Replace Ruth Bader Ginsburg? 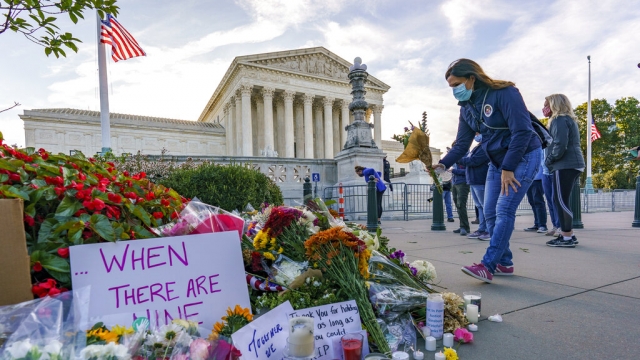 Congress and the White House are already drawing battle lines over the new Supreme Court vacancy.

With over 40 days until the election, the vacant court seat will undoubtedly unleash a political firestorm in one of the most contentious sessions of congress in our nation's history.

For many conservatives, President Trump’s commitment to stack the Supreme Court bench with conservative justices is the top reason to vote him into a second term.

It was a campaign promise he made in 2016 and renewed this year, adding 20 new names to his list of possible candidates.

“Every one of these individuals will ensure equal justice, equal treatment and equal rights for citizens of every race, color, religion and creed," President Trump said of the candidates at the White House on September 9.

Topping the president's short list is Amy Coney Barrett. A former clerk to the late Justice Antonin Scalia, she became a favorite among religious conservatives during her confirmation to the U.S. Court of Appeals for the 7th Circuit when she battled with Democrats over whether her faith would be an obstacle.

From the US Senate Tom Cotton, Ted Cruz and Josh Hawley are among the latest additions to President Trump's short list.

Shortly after President Trump announced his inclusion on the list, Cotton tweeted its time for Roe V. Wade to go, referring to the landmark abortion rights supreme court decision.

But both Hawley and Cruz have said they are not interested in the job.

Former Vice President Joe Biden - who is calling for the selection to be deferred until after the election - said he would like to nominate a black woman for the position, but has not floated any names.