Why Adults With Measles Are Especially Dangerous 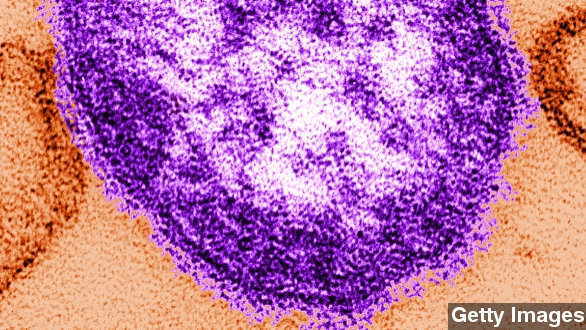 Thousands were exposed to the measles in San Francisco after a LinkedIn employee with the disease took public transportation to work.

Thousands were potentially exposed to the measles virus last week when a LinkedIn employee with the disease commuted through the San Francisco public transportation system.

Health officials are warning anyone who rode the trains near same times as the infected passenger or came into contact with the infected person at work to contact a doctor immediately if symptoms appear. (Video Via KTVU)

It's unknown how many people may have been exposed. Measles can stay in the air for as long as two hours after someone with the virus sneezes or coughs. (Video Via KPIX)

"That line is our busiest line... right after 9 a.m., those trains are distributed elsewhere in the system and so there is a possibility that even if you rode, lets say, the Richmond line, that you could have been on the same exact train this person was on," Alicia Trost said.

Most of the population is vaccinated and protected from the measles. But health officials say those who are unvaccinated or have suppressed immune systems are at risk.

While we don't know how the infected LinkedIn worker contracted the disease, experts are saying unvaccinated adults are likely major contributors to the current outbreak.

Since the outbreak first began, parents who did not vaccinate their children have shouldered most of the blame.

But, adults make up more than half of California's confirmed measles cases, most of whom were never immunized.

The Los Angeles Times explains infected adults may pose a greater public threat than children because adults travel more and come into contract with more people.

Experts recommend those born after 1957 get the measles vaccination. Anyone born before then likely had the measles and is immune.

This video includes images from The Centers for Disease Control and Prevention and Getty Images.