Why are Americans cautious about PTO? 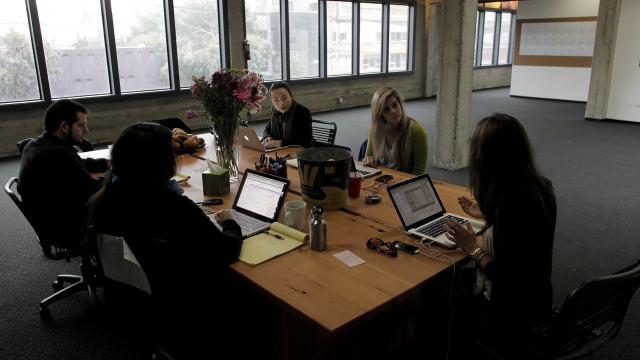 Companies like Coinbase, Transunion, and Netflix offer unlimited PTO or taking as much time off as you want as long as the work gets done.

Some can’t wait to take on three little letters with big benefits in their work life — PTO. So much so, it’s something American workers look for during their job search.

Veetahl Eilat-Raichel is CEO and co-founder of Sorbet, a PTO platform working to empower people to use their PTO or get that time back in cash.

"Paid time off is always consistently a top-three benefit that people look for when considering to switch a job," Eilat-Raichel said.

But most Americans are waiting in vain. Despite the desire for paid time off, she says workers are wary of actually using it. It may have something to do with evolving workplaces.

"Our take is that the transition to working from home really kind of deepened that exact cultural reluctantly around how it would seem and the optics and would people find us less committed," Eilat-Raichel said.

She says the pandemic blurred the lines between work and leisure, resulting in worker fatigue.

"It really has a lot to do with encouraging and legitimizing people to take this time to care for themselves and invest in their wellness and clearly that’s not top of mind enough," Eilat-Raichel said.

Some companies are leaning hard into letting workers keep flexibility by hiring for remote-only roles.

55% of Americans are not using all of their paid time off, according to a 2022 report by Zippia. Reasons for hesitation include being perceived as lazy, fear of being replaced, and fear of returning to a pile of work. And while we’ve seen the lines at airports, and the headlines of so-called "post-pandemic revenge travel" there‘s actually a work-related twist. 60% of workers surveyed say they’d stay in touch while working remotely on their next vacation. They cited staff shortages, concern over layoffs, and lack of confidence in colleagues as primary reasons.

Even when companies like Coinbase, Transunion, and Netflix offer unlimited PTO, or taking as much time off as you want as long as the work gets done, the perk may not be all it’s cracked up to be.

"In the industrial economy like factories we measured people by how many hours they did on the job 9-5, 8 to 6 — whatever that is and we really want people to focus on ideas generating important work," said David Rubenstein, host of "The David Rubenstein Show.".

But Eilat-Raichel says the idea is backfiring by putting pressure on employees.

"And basically saying 'oh it’s up to you, you can take as much as you want' and data actually shows when employers transition into unlimited PTO people actually take less time," she said.

Money is also being left on the table. Unused PTO adds up to about an average $571 worth of work time handed over to your employer.

"But you're also paid to not work certain days and when you don't end up using days you are supposed to be off you are in effect working extra days that you haven't been paid for," Eilat-Raichel said.

It’s a series of blurred lines turning  a designed rest from labor into a somewhat labor-intensive task.