Why Are Layoffs On The Rise? 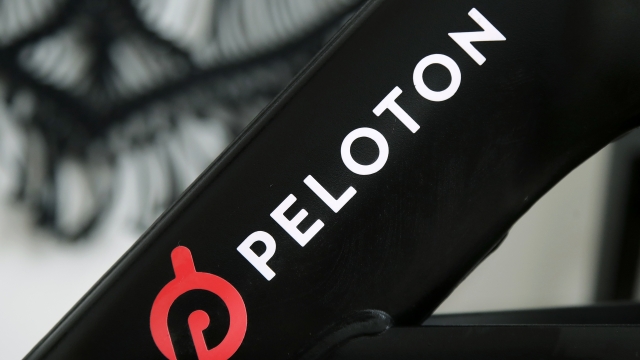 Companies are beginning to lay off employees, and are in a hiring freeze amid inflation and an upcoming recession.

Two words have dominated the news cycle in 2022.

Both have major impacts on your wallet; inflation and recession.

"Fed chair Jay Powell has made it clear that he wants to substantially curb the rate of inflation. But there are some concerns that the fed could overreact and end up tipping the economy into a recession," said PBS.

Recessions are significant because they can limit pay raises, start hiring freezes and increase the possibility of layoffs.

Companies are already reacting to the uncertainty of the economy.

"There's been an uptick in tech company layoffs in recent months. And hiring has slowed amid economic downturn predictions," said CBS.

Several major companies are downsizing by laying off hundreds – even thousands of employees.

Walmart, the largest private employer in the country, laid off about 200 corporate workers.

Career Karma, Go-Puff, 7-Eleven, Victoria's Secret, Re-Max, Tesla, and Rivian are some of the other companies that have already submitted pink slips to many of their workers.

"In a rising interest rate environment, a lot of these businesses are going to make less money and therefore there's going to be less of a bonus pool to spread around," said CNBC.

Some company executives are saying the layoffs are in preparation for an impending recession.

In June, Coinbase CEO Brian Armstrong sent a memo to his staff announcing the reduction of the team by 18% to "stay healthy during this economic downturn."

Some economists blame the layoffs on the slowing of business growth while labor costs increase.

For the auto industry, shortages of semiconductor chips and skyrocketing car prices have left automakers like Ford rethinking their approach.

Bloomberg reports Ford is preparing to cut as many as 8,000 jobs as it shifts investments toward electric vehicles.

For other companies, the layoffs stemmed from the opportunity to boom during the pandemic.

Peloton, which started its layoffs in February, has had to backpedal after its quick success, when gyms were closed in 2020.

The company has eliminated about 3,000 jobs since, according to NPR.

In Silicon Valley, some tech companies hired intensely during the pandemic and are now unable to meet venture capitalists' financial expectations.

According to an analysis by Crunchbase, as of July nearly 420 startups have gone through layoffs, with thousands of U.S. tech workers impacted.

"Software development job postings have been in decline, but that being said, they remain much higher than their pre-pandemic base line," said AnnElizabeth Konkel, an economist with Indeed Hiring Lab.

Some economists are more pessimistic and warn these layoffs are just the beginning.

Steve Sarracino is the founder and partner at Activant Capital.

"They're going to be shocking, and we've seen Meta and Facebook freeze hiring, the same with Uber and this will be in the millions of people in the next 12 to 24 months. This is just beginning," Sarracino said.

Others say employers may not go as far as layoffs with a job market that remains strong, and unemployment at historic lows.

528,000 jobs were added in July, according to the Labor Department, while the unemployment rate stayed at 3.5%.

While economic uncertainty grows, so do employees' concerns over job security.

A survey from staffing firm Insight Global showed almost 80% of U.S. workers are scared about their job security if a recession hits.

It's a conundrum with complicated indicators that have economists, employees and employers wondering what will happen next.