Why Are Rap Lyrics Being Used In Court? 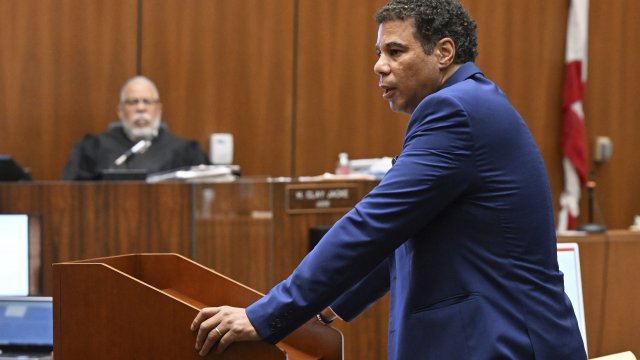 As hip hop assumes its position as a cultural phenomenon, artists, lawmakers and law enforcers are faced with yet another dilemma.

Music and Black Americans have a storied past.

From hymns in the fields of the Antebellum South, to the soul of jazz and blues that echoed throughout music halls in those same states following the Civil War.

But the relationship between the larger society and these genres has been complicated.

And today, as hip hop assumes its position as a cultural phenomenon, artists, lawmakers and law enforcers are faced with yet another dilemma:

"ke many young men, Jayquan was an aspiring rapper," said New York Mayor Eric Adams. "Aspiring is a word that means hope. But his music was anything but hopeful. He was a drill rapper. Part of a scene that involves using music as a challenge on social media posts. Posts that bled out into violent real-world confrontations."

But is there a connection between rap music and violence, or is there a side of this conversation that we’re not hearing?

That question, along with rap lyrics, are in the courtroom once again.