Why Are So Few Women In Animation? 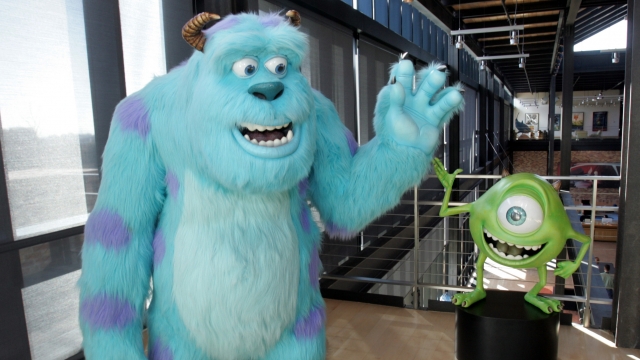 Women in film are still struggling to find jobs in the film industry, specifically in animation.

Animated films like Domee Shi’s "Turning Red" or Nora Twomey’s Oscar-nominated "The Breadwinner" are putting women and young girls in the spotlight, but the animation industry as a whole is still struggling to hire and promote women behind the scenes.

Nicole Hendrix is the co-founder and executive director of the BRIC Foundation.

"These pathways into the industry are not equitable," said Hendrix.

"It’s like, there’s all this great talent out there that you’re not utilizing," said Margaret Dean, the president of Women in Animation.  Of the top animated films released from 2007 to 2018, less than 3% were directed by women and industry leaders say it’s because of inequality in the talent pipelines.

"It's just very much exclusion by familiarity within the industry. It's a 'you have to know someone' in order to get hired or to get into a really good program that you'll get hired from. Not to mention money, right? Not everybody can afford to be an unpaid intern," said Hendrix.

"It was just the phrases of 'it was an old boys club,' and then people always hired people that they knew that they were friends with," said Dean.

A 2019 report from the University of Southern California found that women directors were more likely to be seen as a "risk" to studios, and less likely to be promoted to higher leadership roles.

Women overall hold around 30% of the creative jobs in animation. And as more people in Hollywood are becoming more aware of the gender-gap in entertainment, organizations like the BRIC foundation and Women in Animation are pushing for parity.

"There's definitely waves that people ride and we just need to all come together to make sure that we hold people accountable," said Alison Mann, the co-founder of the BRIC Foundation.

"Equally important work that we realized we needed to do was to start working with the women themselves, and to really launch talent development programs," said Dean.

Women in animation, or "WIA," has challenged the industry to achieve 50/50 parity by 2025. And its educational programs include mentorship opportunities for women, transgender and non-binary people.

The BRIC Foundation is working to create more opportunities for women as well through its own industry-wide summits, workshops and the development of a new apprenticeship program.

"Out of our third-year summit, the plan for an apprenticeship program came and it was an industry advisory across animation, visual effects in gaming, 60 major companies represented. And we really mapped out what are the entry level positions that people are wanting to hire for, what knowledge, software, skills, portfolio is needed to achieve those roles?" said Hendrix.

The program hopes to provide training opportunities for students in public high schools and community colleges and ultimately lessen the barriers to enter the animation industry.

"We have to remember to kind of rise above and continue pushing forward and figuring out new strategic ways to create opportunities for people that might not and, and I think everybody has a seat at the table to make change," said Mann.