Why Are They Called 'French Fries?' 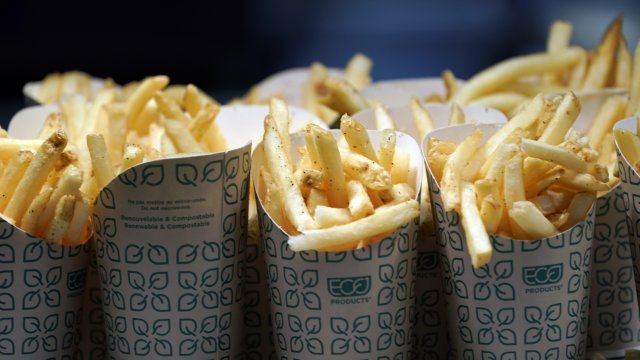 According to some accounts, "French" fries were actually born in Belgium.

They might be called “French” fries, but don’t be fooled — these crispy delights might not be so “French” after all.

According to some accounts, they were actually born in Belgium.

Here’s the story: in the 1700s, people living along the Meuse River used to eat fried fish.

But when the river froze in the winter, they switched to potatoes.

During World War I, American soldiers stationed in Belgium discovered these tasty treats.

But because most people in the southern part of Belgium speak French, they ended up calling these little slices of heaven “French” fries.

Some of our French friends don’t buy it though.

They say the fry did in fact start in France, when street vendors started selling them in Paris in the late 18th century.

Despite some investigative journalism, Newsy is unable to confirm which side of the story is true.

But Newsy's not-so-objective journalist Ben Schamisso likes to think that his Belgian ancestors were the ones that cooked up the idea — and its name should give them credit.

In 2003, some Americans started calling them "freedom fries,"  to protest France’s opposition to America’s proposed invasion of Iraq.

They actually changed the name in the Congressional cafeteria for a bit.  But that didn’t last too long.

Today, if you ask most people if they want some fries with that, you don’t need to specify if they’re French, Belgian, or freedom.

They know what you mean.