Why Are Video Game Adaptations So Bad? 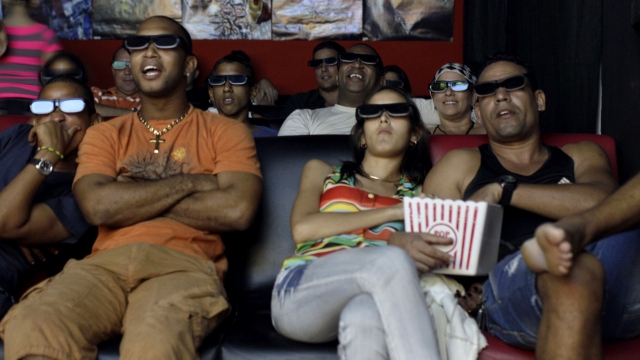 Though book adaptations do relatively well in the box office, the same cannot be said of video game movies.

Movies based on video games are historically awful — and that's not an opinion.

Since 1993, the average Rotten Tomatoes score of all the mainstream video game adaptations is a dismal 27%.

Some call it a curse.

"The video game curse is just this recurring idea that video game adaptations have a really, really, really uphill battle to fight before winning over both casual audiences and the hardcore fans," said Eric Francisco, Inverse senior entertainment staff writer.

And fans have something to say about the low hit-rate of video game adaptations.

"They may not necessarily get the point of the video game," said Dhayana "MissDeusGeek," gaming influencer and founder of Women of Xbox.

Even if you're not a gamer, you've probably been disappointed by an adaptation of a favorite book — maybe the movie tried to fit too much lore into just two hours or the actors didn't remind you of your favorite characters, or maybe the world looked nothing like you had envisioned in your head or played through extensively on screen.

The difference between book and video game adaptations is that Hollywood figured out how to adapt books, and several of those movies have won Oscars.

The same can't be said for video games.

The 1993 film "Super Mario Bros." is credited as being the very first feature-length live-action film based on a video game, and it was not received well.

"It could not be more different from the source material," asid Lee Shorten, actor in "Ghost of Tsushima."

With a Rotten Tomatoes score of 28%, the film was heavily criticized for being overproduced yet having no real story, and for fans of the video game, it didn't live up to what made Mario games so beloved.

Story-wise, it's about two brothers adventuring through a fictional Mushroom Kingdom to save a princess from a fire-breathing, turtle-like dragon creature.

But the story isn't really the point for players; its appeal was the game play.

"There is empowerment with games where you're able to pick your own adventures, especially when you have these really large, immersive environments," said Christina Garnett, digital strategist.

"It would take away the thing that made me connect so much with those characters, which was the fact that I got to like, step into, you know, that character’s shoes," said journalist David M. Deloso.

The movie mistranslated that game play, and those same misunderstandings plagued the decades of adaptations that followed.

But there is some hope for adaptations — just on a smaller screen.

"These games take 40 hours to complete," Pope said. "With a TV show, you can really dig into these characters have some good dialogue moments."

TV shows like Netflix's fantasy drama "The Witcher" or its animated thriller "Arcane" are breaking the video game curse. "Arcane," based on the battle game "League of Legends," has a 100% rating on Rotten Tomatoes.

Ernesto Matamoros Cox and Lawrence Gan were two of the film editors that helped make "Arcane."

"It was a little daunting thing, right?" Cox said. "You have all these fans and all these players that love these champions so much."

They say there was no big secret to the success of the adaptation.

The series was supervised by the original development company Riot, and Gan and Cox said they even played weekly games of "League of Legends" while working on the show.

But instead of blindly adapting a game the way its predecessors had, they said the primary focus was just crafting a good story.

Netflix announced a second season for "Arcane," as well as a movie adaptation of the dystopian first-person shooter "BioShock." Other studios like Sony and Warner Bros. are also leaning into games like "Uncharted" or "The Last of Us."

"I think what it says is that... whether it's movies or TV shows or video games, everyone is now looking for good storytelling," Gan said.

While some fans may be wary of the video game curse, they've got some hope now that gamers themselves are behind the controllers.